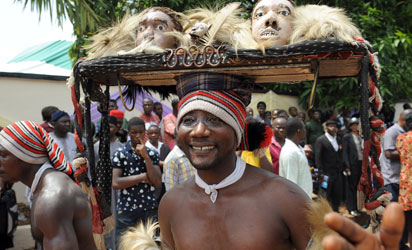 “Barriers to political equality, such as our seemingly entrenched though informal rule for zoning candidacies according to regions of origin, need to be de-emphasised and ultimately abandoned in favour of an emphasis on qualification, competence and character.”

The statement above was recently made by Governor Nasir El Rufai, a northern politician, just 6 months after his party’s northern presidential candidate, President Buhari, secured a second term in office via a less than credible election.

On the face of it, Nasir is right: ideally qualification, competence and character should be more important than geo-political zone-of-origin in the selection of a President, but in Nigeria, things are far from ideal. Nigeria cannot afford to use this nebulous concept – competence—as the main criteria in selecting a president if it truly wants progress. This might sound oxymoronic, but allow me to attempt to explain why this actually makes sense.

Without going into the details of the Nigerian civil war (1967–1970) and its remote and immediate causes, at the end of it the Igbos were a devastated and technically defeated ethnic group. The Nigerian State had employed genocidal tactics that led to the loss of lives of millions of men, women and children from a food blockage, and a post-war integration plan left many Igbos financially insolvent.

President Gowon’s Reconciliation, Reconstruction, and Rehabilitation (3Rs) plan announced at the end of the war was never adopted and implemented with any real conviction. Compared with other rehabilitative policy interventions like those set up to placate the Niger Delta (the creation of a Niger Delta Ministry; the Amnesty Programme for militants, and the establishment of the Niger Delta Development Commission) and the more recent North East Development Commission established to help rebuild the North East (the current theatre of war between the Federal Government and Boko Haram), I cannot identify any dedicated agency created to rebuild the people and infrastructure of the South East in the aftermath of the attritional 3-year civil war.

To address this lacuna, just before its desolution to pave the way for the newly elected House, 8th House of Representatives quietly passed a historic bill they eloquently titled “A Bill for an Act to Establish the South-East Development Commission to Serve as a Catalyst to Develop the Commercial Potentials of the South-East, Receive and Manage Funds from Allocation of the Federation for the Rehabilitation, Reconstruction, Reparation for Houses and lost Business of Victims of the Civil War and Address any Other Environmental or Developmental Challenges, and for Related Matters”, which sought not just to address serious environmental challenges buffeting the region, but also hoped to serve as an institutional platform for the material restitution of people back to their pre-war positions.

This was what Senator Oduah said when the Bill was passed by the Senate last year: “…Justice is being done…this bill is about righting the wrong and closing the gap…of disparity and marginalisation that has led to agitations in the region.”

The SEDC Bill was passed by the Senate and House of Representaives in the 8th National Assembly to, in part, help recognize and heal the wounds inflicted by the civil war, and to address the acute sense of dislocation from the Nigerian State caused by the perceived marginalisation of Igbos in the aftermath of the war.

It is yet to be signed into law by President Buhari, who fought in the civil war as a Major with the Nigerian Army.

The arguments against zoning, recently re-emerging, are accidentally mischievous. Conversely, the argument for zoning in the Nigerian context is a simple one based on several assumptions:

It is Point 5 above that is perhaps most relevant to Nigeria today. Ominously, the country appears to be as deeply divided now as it was just before the civil war. Sectional and religious conflicts have seen the reemergence onto the national scene of ethno-religious organisations like the Northen Elders Forum, Miyetti Allah, Afenifere, and Ohaneze, championing the interests of their members over, arguably, those of the rest of the nation. Added to this is the perception that Nigeria is being led by an ethnic champion only interested in the furtherance of a sectional agenda.

Imagine Nigeria as a closed kettle placed on a raging fire, heated to boiling point and about to explode. An Igbo Presidency and, more immediately, a national consensus for an Igbo Presidency, would pull the kettle out of the fire completely.

A. Nigeria. For. All. Nigerians.

Fundamentally, we need to build a nation in which every child, from every ethnic or religious group, can aspire to lead this great country. That has to be the ultimate goal. We cannot exist as an indivisible, functional nation if one section of the country is deliberately kept away from even holding that dream.

Ask yourself why, all of a sudden, now that it’s the turn of the Igbos to produce a president, leading voices from certain sections of the country conveniently realise that “competence is key”. And if the Office of the President has done ‘nothing’ for other regions, then why can’t it come to the Igbos so it can also do nothing for them, too? In 2015 the central issue was deceptively framed around a single word: change. Agenda setters seem to want to muddy the waters ahead of 2023 by using the word competence to ensure they are able to contest the election. Once bitten…

We cannot continue to make vacuous, intellectually-shallow arguments about competence without placing those arguments within current Nigerian realities. The most competent candidate in the 2019 elections was arguably Prof. Kingsley Moghalu, an Igbo man from Anambra State who was born in Lagos State. As an Igbo man, and as a Nigerian, his competence is unimpeachable, and he still stands head and shoulders above every other name non-Igbo name being touted as the next Nigerian President.

The Nigerian State has continually treated the Igbo as an outcast, but they have prospered in spite of this. Some Igbos say they do not need the Presidency, just the right environment to thrive in. However, everyone needs a sense of justice, equity and belonging to anchor them to a place. It’s a bold statement, but the quickest way to stop Nigeria’s oft predicted disolution is to elect an Igbo President.

Perhaps it is time that the Nigerian people — you and I — rise up to do the right thing by simply acknowledging the fact that the Igbos are Nigerians, have among them people with the appropriate qualifications, competence and character, and are entitled to lead us next.

Let’s start with that statement of affirmation, and see where it takes us.

Oyewole Michael: 70 Days After, Where Is Dadiyata?