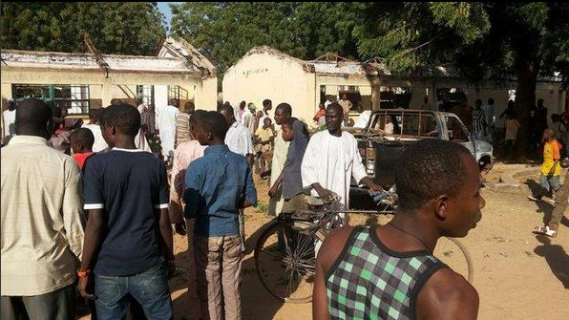 A source in the school told Daily Trust Newspaper that the number of missing students was realized after an afternoon roll call on the students.

“After the roll call, 610 out the total number of 704 students have returned. We are still searching for the remaining 94 students”, he said.

He said some parents have also reported to the school authority that there children had reached their homes safely, “And, we are calling on parents to help the school update its list by reporting immediately if their children arrived home safely.”

The State Commissioner of Education, who is outside the state on official assigment, said a competent team has been dispatched to the school.

“The team is profiling the students to know those who are missing? And, how many of them were able to return or ran to their families at home”, he said.

The Police commissioner, Yobe State command, Abdumaliki Sunmonu, said there has been no case of abduction in the girls school.

Is The Nigerian Customs Trying To Suppress The Memory of The Ogoni 9 Executions?