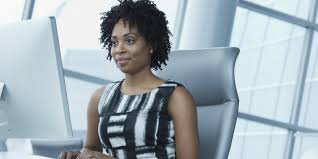 A few decades ago, it was unheard of for women to live alone and raise their children. Women who married had a ride or die attitude toward their relationships with many of these women remaining married even when the marriage held nothing but pain for them. Even when a woman lost her husband she was expected to remarry quickly. In some cultures, she was forced to marry her husband’s brother or children. Eugenia, 55, who raised her two sons as a single mother after her husband died says the challenges are enormous. “I was in my 20’s when my husband passed. Everyone expected that I would remarry but I did not want to. I wanted to have enough time to raise my children.” Eugenia’s family visited her several times and arranged various suitors for her but she was not interested. “I was afraid that he might die too. For me it was better to be single and face my children.” Ngozi, 50, who lives at the Asaba area in Delta state, Nigeria, shares the same thoughts. Her husband died when she was 42 in what she terms “suspicious” circumstances. The mistreatment she suffered from her husband’s brother drove her around the bend. “She doesn’t want to hear of it,” her daughter Tonia laughs. “I jokingly mentioned remarrying to her one day and she prayed for God to forgive me for speaking of such.”

Single mothers generally fall into three categories: the widowed, the separated /divorced and the never married. The first group have always been with us, but as the earlier study quoted has shown Africa is experiencing a growing number of the latter two categories. Stella, 46, escaped an abusive relationship. “I was practically shouldering the responsibilities while he takes the shine,” she recalls. Stella separated from her husband eight years ago and now lives with her five teenage children in the outskirts of Lagos; raising them on the money she makes teaching. Tega, 31, never married the man. “I can’t say there was even love. I sometimes resent my child’s father because he knew his intentions towards me were impure.” Tega has a nineteen month old baby and had to quit her job to raise her child.

These women are making the choice to live alone even in the face of financial challenges. “I’m constantly out of cash. The little money paid to me as a teacher couldn’t last for two weeks. I had to cut down on a whole lot of things the children were enjoying for the pittance to last,” Stella confirms. “Money, money, money and stress,” Tega responds when asked what her greatest challenge as a single mother is. “All I make goes into taking care of [my son].”

Although financial difficulties has been cited by many studies as one of the key reasons women choose to stay in abusive relationships or marry men they get pregnant for even when there is no love, according to Eunice, 36, who has a 10 year old son this is not the biggest problem that single mothers face. “I am always confused how to raise my son. When he does something wrong, I wish I had a man who would know how to handle him.” Discipline is a big issue with parents in Nigeria especially for parents of millennials who have come to believe that the way they were brought up by their own parents is probably not the best. “My own parents flogged me,” Eunice continues. “But these days, they said we should not be flogging, that we should talk with our mouth but these children don’t listen.” Stella, mentioned earlier agrees. “Sometimes, I am just so tired and I want a man around. Those times I just pray to God for help.” In traditional African societies, the father is the symbol of authority and discipline. “A father is his daughter’s first love,” Tracy-Ann, who got pregnant at 22 and decided to keep the baby, says, “Who better to show and teach [my daughter] how a boy/man should treat her?” Her daughter is now 14 and Tracy-Ann describes her as the “easiest person”. Yet, she says, “I can teach her about self-worth and how to handle and carry herself. But a dad is so important and leaves a huge void.”

While the economic and social impact of single parenthood has been the subject of a lot of studies and research, the psychological and emotional impact is hardly a subject for open conversation. When discussed, they often focus on the children and not on the mothers. “Honestly I would say the loneliness,” confesses Umm Faisal, 40 a divorcee who lives in Abuja when asked what her biggest challenge is. “It can really get lonely. It’s about the companionship. I would really like a loving man around me.” Stella agrees, “Lonely nights? Too scary is the word…when the urge comes I have to battle with the turmoil of feeling dejected, depressed and self-pity.”

These women say getting back into a relationship after having children is not the easiest thing either. “I am not too sure about marrying. I do not have the emotional energy to invest in a man and a romantic relationship. By the time I am done attending to the tiny human, I just want to lie down and sleep,” Tega says. “It’s amazing how I have lost confidence and trust in men,” Umm Faisal adds.

While their need for long term male relationships diminishes, they develop a strong appetite for family support. Tracy- Ann explains, “I devoted the first four years to her. I was in mommy mode, I didn’t date.” Single mothers are often wary of who their children see them with and so would rather not bring their dates home. “I am in a committed relationship at the moment so the nights aren’t that cold but my mum stays with us so it is not that difficult staying out,” Tracy-Ann concludes.

When family helps out it is much easier for single working mothers. But the decision to be a single mother can in itself mean that they suddenly have no family. “I knew my dad was going to send me out,”Ezinne admits. She had just broken up with her boyfriend and deleted all contacts with him when she found she was pregnant. “I could not even reach out to him directly.”

Women have to make big sacrifices in order to have time to raise their children. Many give up their careers. Tega had to take a “drastic pay cut” because she has no help from family in raising her child. She refused to go back to work full time (in Insurance) because of her child.

Most single mothers end up running their own businesses. Ezinne for instance runs a cakes and confectionery business in Enugu. Nigeria.

For others, the sacrifice involves lifestyle changes. “After the break up comes the huge financial problem. I felt the vacuum,” Stella says. “I have to pay for house rent, school fees, feeding, toiletries and other sundry expenses.” The absent fathers often do little or nothing to support the finances of the women who care for their children. Even when they are ordered by courts to pay for support, they often default or simply refuse to pay.

Some have called for policies and reforms that will directly impact these women. In France for instance, single mothers enjoy government sponsored social welfare programmes. But others argue that such a programme will only encourage a further breakdown of traditional family life preferring that the problem should be attacked from the roots. Tolu Ebun, 35, PDP Candidate 2015 for Shomolu House of reps and a single mother of a six year old says, while it is okay to start by educating, sensitizing and encouraging young girls and women, ultimately, in Nigeria the gender equality bill should be passed.

The Women Empowerment and Gender Equality Bill suffered a setback in 2016 when it was thrown out after its second reading for containing clauses that go against religious and cultural norms. The bill made a comeback in an adjusted format, scaled through second reading and was sent to the senate committee on Judiciary, Human Rights and Legal Matters for ratification. As at September, 2017, Senate President Bukola Saraki gave an assurance that the bill will be passed. Interestingly, although the spirit of the bill will serve the needs of some single mothers, nothing in the Women Empowerment and Gender Equality Bill is specifically targeted at single working mothers nor are they as a group mentioned anywhere in this bill.

Still, worldwide, the number of single parent homes continues to rise. In the United States, where data is readily available, the number of single parent households has more than tripled between 1960 and 2016. 80% of those households are headed by women. The 2017 World Family Map Report acknowledges that the proportion of children living with one parent in Africa is similar to other regions. These facts beg the question, will ignoring this emerging community of women stop their continued growth and the economic and social consequences there of?

“Because They’re too Poor”, Women in sub-Saharan Africa Forced Into Sex to Pay Hospital Bills