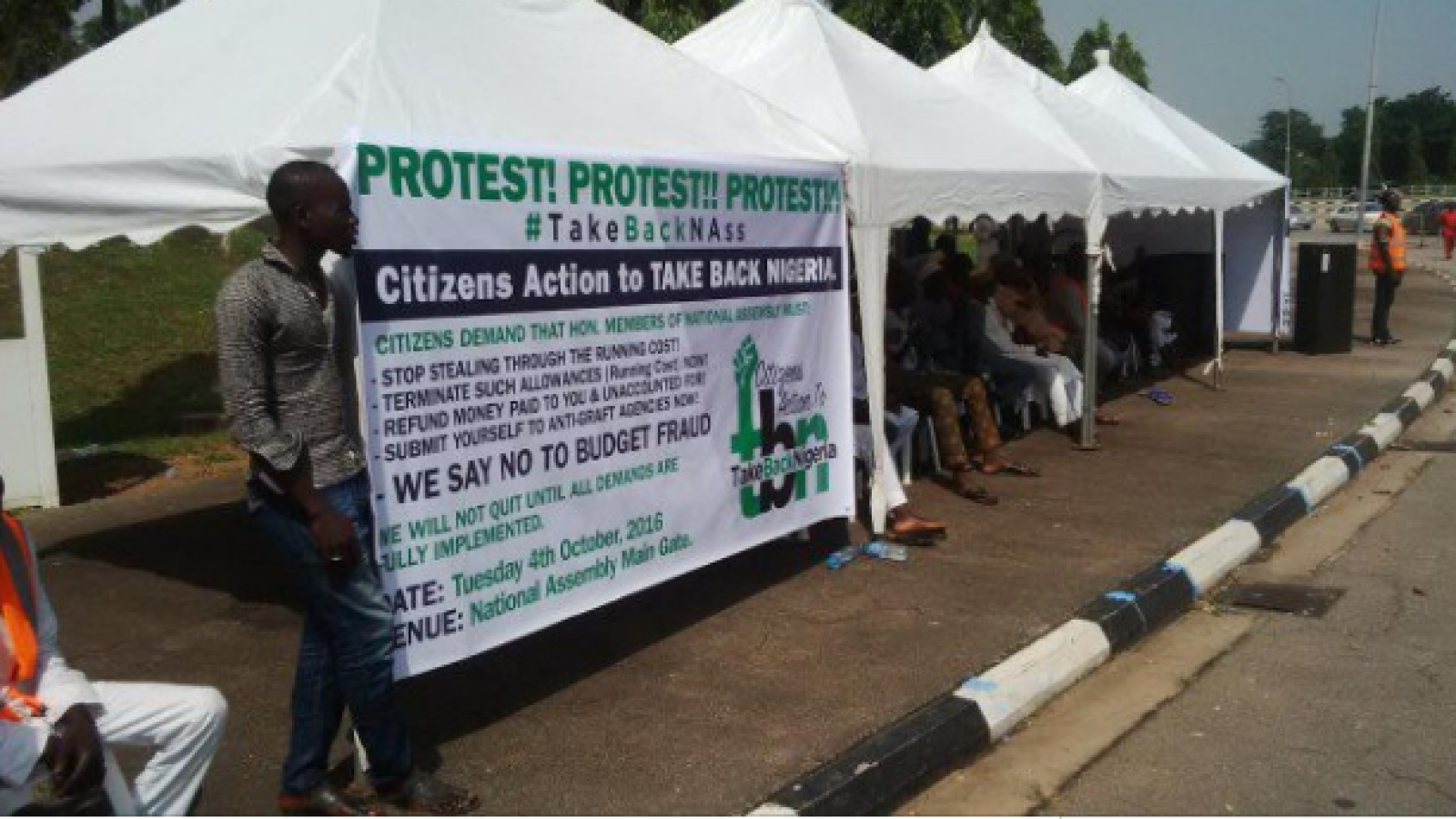 Some protesters known as Citizen Action to Take Back Nigeria (TBN) have stormed the national assembly to demand an end to “illegal” allowances termed as “running cost” received by lawmakers.

The protesters, who have been camping out at the national assembly for two days running, said the only reason Nigerians are suffering is that “we are cowards in our own country”.

They lamented that while the lawmakers were collecting huge allowances in the name of “running costs”, children were dying of hunger in the north east due to the brewing humanitarian crisis.

“We are suffering because we are cowards in our own country. We are here to take back the national assembly. That is why we are here. We are not for the fun of it but because we are representing Nigerians.

“When you try to manipulate the budget… you put N7.2 billion in your constituency then say it’s lobby. What kind of lobby is that?

“We are frustrated because students have no classes, teachers don’t have no teaching aides but senators are being paid their allowances. Children are dying in the north east.protester

“Their convoy alone can build factories. Running cost is ruining our lives. EFCC, ICPC and the police should arrest them, they should consider the citizens, we need children to go back to school.”