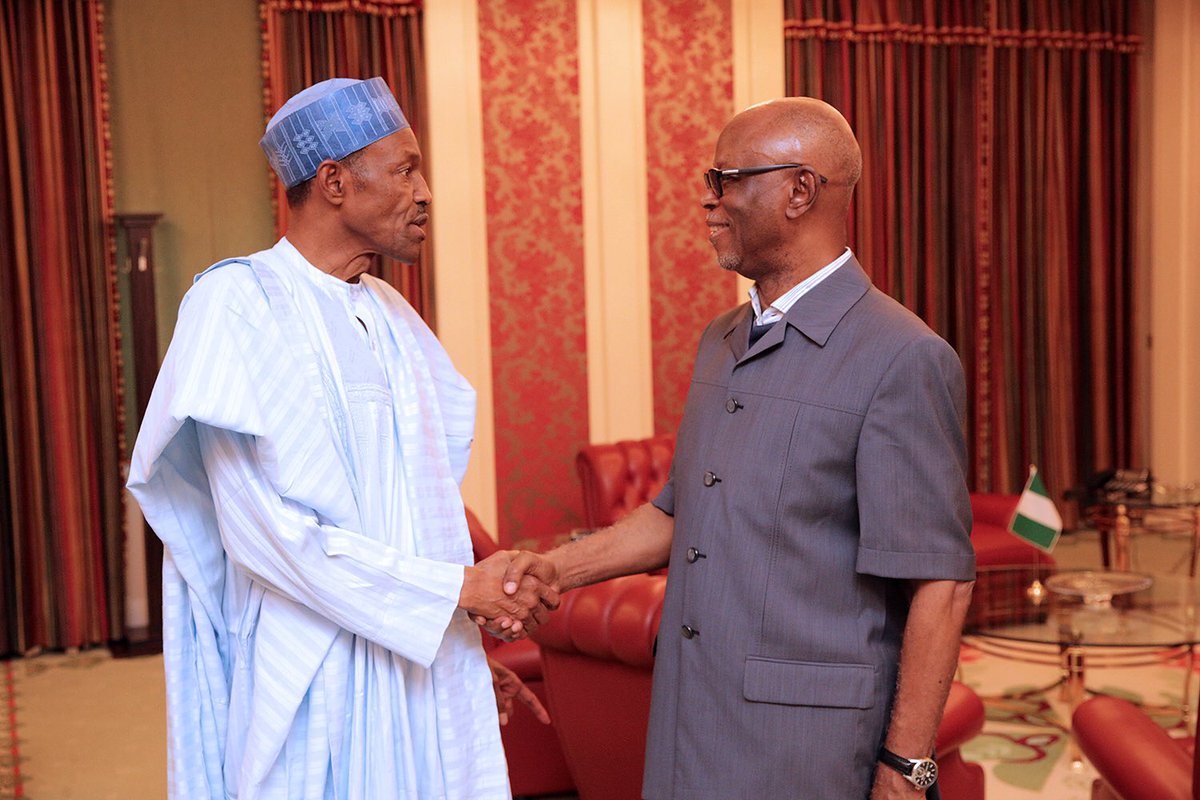 John Oyegun, national chairman of the All progressives Congress (APC), has reiterated that he has no rift with Bola Tinubu, national leader of the party.

The first signs of cracks in the ruling party became public on September 25 when Tinubu — unhappy with the manner of emergence of Rotimi Akeredolu as candidate of the party for the November 2016 Ondo state governorship election — issued a public statement to demand Oyegun’s resignation.

Akeredolu had been declared winner of the primary on September 3, after he polled a total of 699 votes — ahead of Olusegun Abraham, preferred candidate of Tinubu, who polled 635 votes.

The victory appeared to have suffered a setback when the APC appeal committee recommended the annulment of the primary, citing controversies about the delegates’ list. But after the panel was overruled, Tinubu accused Oyegun of “safeguarding the fraud by perpetrating a greater fraud, arrogating to himself the right to submit the name of Rotimi Akeredolu to INEC as the candidate of the party”.

On Tuesday when he met with President Muhammadu Buhari at the villa, Oyegun was asked to comment on his rift with Tinubu and whether he would heed his demand to step down from office.

“There is no rift with Asiwaju; we [only] have difference of opinion, difference of perception, and I think that is normal,” Oyegun answered.

“Yes, I agree that the nature of the statement was a bit harsh. The method of getting rid of a national chairman, if that is what I will call it, are spelt out in the constitution; they don’t take place on the pages of newspapers.”

Asked why the national executive committee had not met to deliberate on the issues, he said: “It is proper for them to meet and they will all meet at the appropriate time.”

He denied that he was behind the youth protest at the APC headquarters against alleged highhandedness of Tinubu, saying: “God forbid. Anybody who knows me knows that this is not my style.

“I’m equally shocked and I’m going to look into it and find out why and who is behind it.”

Newspapers pictured the two leaders smiling at each other on Monday when they attended the launch of a book in honour of Buhari, and Oyegun expressed shock that state house correspondents were taken aback by the sight.

“Do they know how far back our association goes? Do they know that we were in the trenches together in the NADECO days?” he queried.

“Why can’t people who have mutual respect for each other have different opinions? All we had was difference of opinions. Yes it was expressed a bit harshly but that doesn’t remove the basic fact that we have worked together for a very long time.”

On the Edo state governorship election, which Godwin Obaseki, his party’s candidate, won, he said: “Well it was a hard-fought election; that was clear.

“Two things really. It was more of a referendum first on the performance of the governor, [and] second on the quality of our candidate and most importantly, given the economic situation it was an opportunity for us to measure the continued popularity and acceptability of our president.

“And what it indicated is that by and large the people of this country still have faith, confidence in the fact that if there is any one man that can fix their situation, it is President Muhammadu Buhari.”

“Even If FG Wants To Sell NLNG On Credit, I Am Not Interested” – Says Aliko Dangote