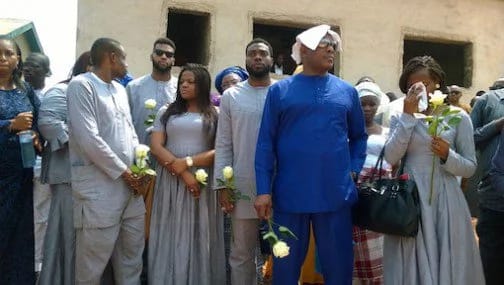 Stephen Keshi with his children mourning as his late wife, Kate Keshi is laid to rest (PHOTO CREDIT: PM NEWS)

The death of Kate Keshi, the late wife of former Super Eagles coach, Stephen Keshi is “a loss to the football community in Nigeria,” according to Nigeria Football Federation (NFF).

Speaking at the funeral mass of the Mrs Keshi in Benin City, Edo state capital, Frank Ilaboya, Chairman, Edo Football Association, who was representing the NFF said: “I think it is a great loss, not just to the FA but to the football community in Nigeria.

“We are talking about the wife of former Super Eagles coach. He was captain at junior and senior levels. In fact, he was the longest serving captain. He became the only Nigerian coach to have won the Nations Cup as a captain and as a coach 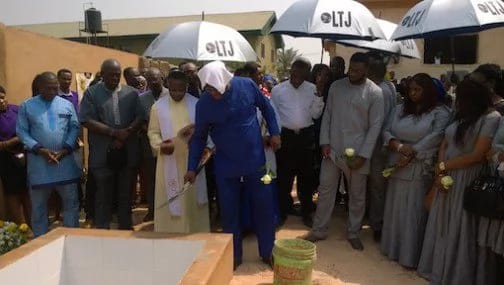 Stephen Keshi performing the dust-to-dust to his late wife, Kate Keshi as she is laid to rest (PHOTO CREDIT: PM NEWS)

Kate Keshi, 54, lost her three-year-long fight against the cancer sickness on December 9. She is survived by her husband of 33 years, 4 children, her mother, brother, sisters and numerous relatives.

Kate passed on at the family’s home in the United States of America.

May her soul RIP!