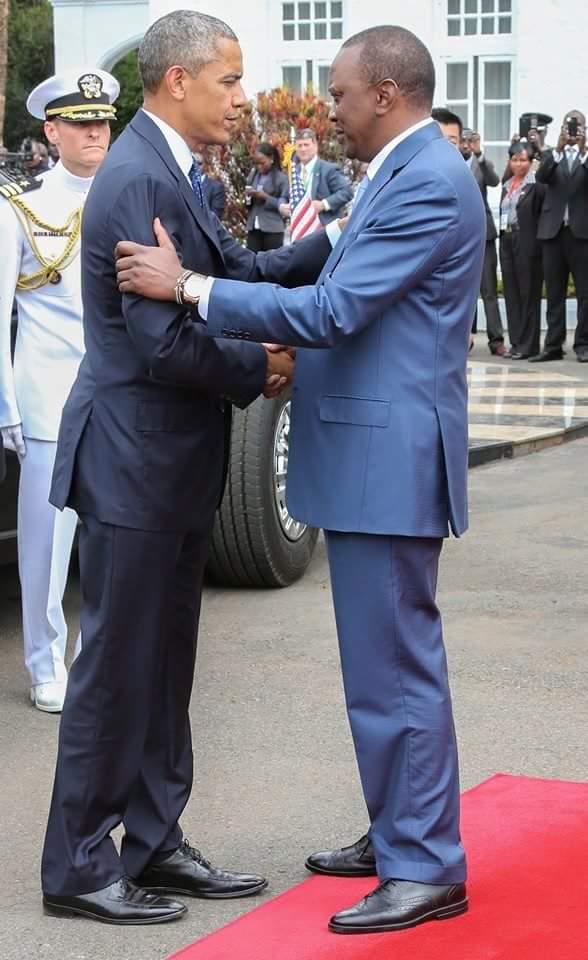 At the Entrepreneurship event held in Kenya today to mark the two day state visit of the US President, Uhuru Kenyatta tells Barack Obama that the issue of promoting gay rights is essentially not of priority to the people of Kenya as its been strongly rejected..

Here’s a transcripts of what transpired, Kenyatta to Obama: “The fact of the matter is Kenya and US share so many values, democracy, entrepreneurship, family values. These are things we share but there are some things we do not share. Our culture our societies don’t accept. Its very difficult for us to be able to impose on people that which they themselves do not accept. This is why I repeatedly say that for Kenyans today, the issue of gayrights is really a non issue. We want to focus on other areas that are day to day living for our people. Our health issues as we have discussed with president Obama. These are critical. Issues of inclusivity of women, a key section of society that is normally left out of the mainstream of economic development. What we can do in terms of infrastructure, Education, Roads, Power and Entrepreneurship. Maybe once like you have overcome some of these challenges we can begin to look at new once but the fact remains that this issue is not one that is in the foremost minds of Kenyans and that is the fact”he said.

Earlier before Kenyatta’s remarks, the US President, Obama said when asked during the press conference what he thinks about gay rights in Kenya.

Barack Obama’s reactions before Kenyatta statements written above: “The US believes in the principle of treating people equally under the law and that they are deserving of equal protection under the law.and that the state should not discriminate against people based on their sexual orientation and I say that recognizing that there may be people that have different religious or cultural beliefs but the issue is how does the state operate relative to people. You can look at the history of people around the world. When you start treating people differently not because of the harm they are doing to anybody but because they are different, that’s the path whereby freedom is beginning to erode.
If somebody is a law abiding citizen who is going about their business and not breaking any law and obeying the traffic signs and doing all the things good citizens are supposed to do and not harming anybody, the idea they are treated differently based on who they love is wrong. Full stop.”he said