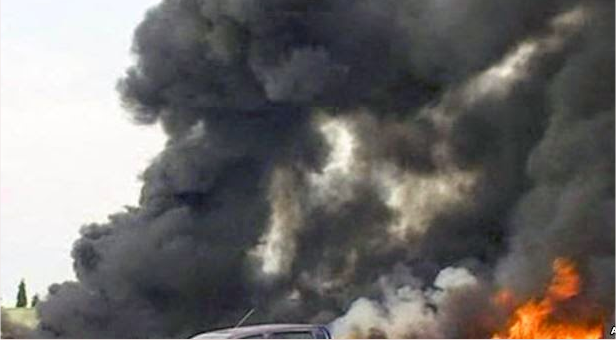 A male suicide bomber killed himself and four other people in an explosion at a restaurant in Potiskum, Yobe State.

Eyewitnesses said the man entered the restaurant and sat down before detonating the bomb.

A hospital source at Potiskum General Hospital confirmed to SaharaReporters that 3 deceased people and the suicide bomber were brought to the hospital, and that 12 others are seriously injured.