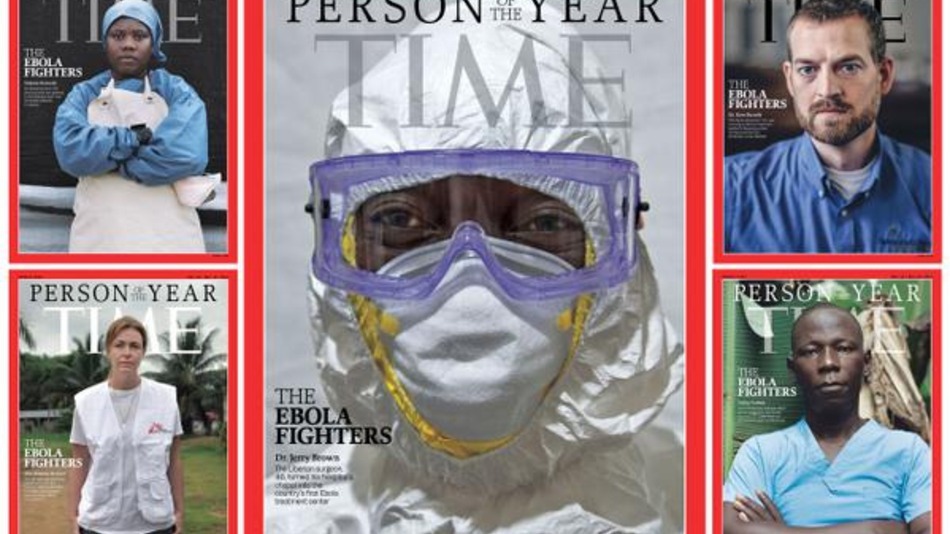 Healthcare professionals working to fight the Ebola epidemic are the most influential people of 2014, according to Time magazine.

Time said West African healthcare workers and organizations like Doctors Without Borders and Samaritan’s Purse have “risked and persisted, sacrificed and saved.”

This outbreak of Ebola, a deadly disease with no known cure, has killed more than 7,000 people since it began earlier this year, hitting Sierra Leone, Liberia and Guinea the hardest.

In an article accompanying the announcement, Time Managing Editor Nancy Gibbs explained why the magazine chose to honor the caregivers who risk their lives to treat and contain the epidemic:

“The global health system is nowhere close to strong enough to keep us safe from infectious disease, and ‘us’ means everyone, not just those in faraway places where this is one threat among many that claim lives every day,” she said. “For tireless acts of courage and mercy, for buying the world time to boost its defenses, for risking, for persisting, for sacrificing and saving, the Ebola fighters are TIME’s 2014 Person of the Year.”

Doctor Kent Brantly contracted Ebola while treating patients with the disease in West Africa and has testified in front of Congress about strengthening the response to the epidemic.