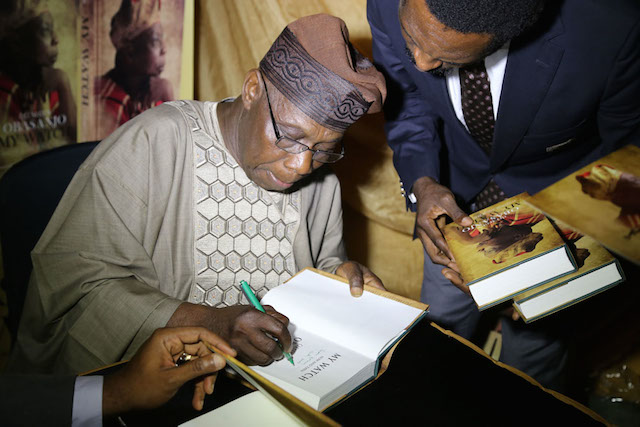 An Abuja High Court on Wednesday held that former President Olusegun Obasanjo was in contempt for flouting an order it made restraining him from publishing his autobiography titled My Watch.

The trial judge, Justice Valentine Ashi, thereafter gave the former President 21 days from the day of service of the court’s orders on him, to show cause why he should not be punished for contempt for going ahead to publish the book in spite of the ex-parte interim order made by the court on December 5 and a pending libel suit before the publication, involving him.

The court further restrained the former President from further publishing, printing or offering the book for sale which content touches on the subject matter before the court.

Justice Ashi had on December 5 granted exparte interim order restraining Obasanjo from proceeding with plans to publish the book or have it published for him, and fixed December 10 as the return date.

However, despite the court’s interim orders, Obasanjo reportedly made public presentation of the book last Tuesday in Lagos, on the grounds that the book had been published before the court was misled into making the orders.

The court held that it was wrong for Obasanjo to have gone ahead to publish the book despite the fact that a libel suit, which subject matter formed part of the content of the book, was still pending before the court and that the orders he made on December 5 was still pending.

He further held that it was immaterial that the book was published before the interim orders were made noting that Chief Obasanjo ought not to have published the book because he was aware of the part-heard libel suit relating to the letter he wrote to President Goodluck Jonathan, accusing a chieftain of the Peoples Democratic Party, Buruji Kashamu, of being a fugitive wanted in the United States.

“The fact that the book was published in November is irrelevant. As long as the substantive suit is not yet determined, no party is entitled to publish or comment on material facts that are yet to be decided on by the court. I hold that the defendant is not only in contempt of the court, but has to show cause why he should not be punished for contempt and ordered to undo what he has wrongly done” the court held.

Furthermore, the court ordered the former President to within 21 days, from the day the order is served on him, to show cause, via affidavit, why he should not be punished for contempt committed by publishing and distributing for sale to the public, the book, My Watch, in plain disregard of the pendency of substantive the suit and the order of this court made on December 5, 2014 restraining him from doing so”.

Justice Ashi also ordered the Inspector General of Police, the Director General of the Department of State Services and the Comptroller of Customs, to recover the published book from all book stands, sales agents, vendors, the sea and airports and deposit them with his court’s registrar pending the determination of the substantive suit and fixed 13th January for hearing on the substantive suit.

The Ebola Fighters Are 2014 TIME’s Person Of The Year