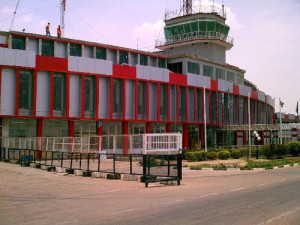 Aviation Authorities, Wednesday night, turned back a corpse flown into the country from Egypt at the Malam Aminu Kano International Airport.
Airport officials disallowed the family of the deceased from collecting the body flown in aboard Egypt Air at about 11.30 pm.

Airport sources confided in Vanguard that the stand by Nigerian officials was in compliance with the Federal Government directives that banned the transportation of corpses within and outside the country – a move to check the spread of Ebola Virus Disease.

The source explained that “though Egypt is not among the countries with the Ebola outbreak, it is better to take precautionary measures by not entertaining any exception in the movement of corpses in the country.”

The source revealed that the corpse is that of a Nigerian who had gone to the Pharaoh’s country for medical treatment.”

“We plead with the family members who had turned up at the Airport to received his corpse to bear with us in the face of a big national question that requires the understanding of citizens to surmount”, the source explained.

When contacted, Avaition Skokesman, Alhaji Yakubu Datti, decline to comment on the issue but asked Vanguard to seek confirmation from the Federal Ministry of Health.

Datti Said; ” the airport is run by a combination of official drawn from strategic ministries and since your enquiry bothers on health, I would advise you cross check your facts from Federal Ministry of Health”.