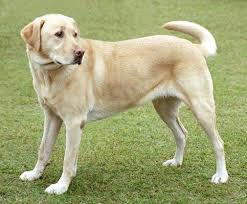 Osagiator Ighodaro, the 19-year old boy who was arrested for sleeping with a dog at Iguosa village, a suburb community in Benin, located in Ovia North-East local government area of Edo State, has confessed to sleeping with several dogs on different occasions.

Ighodaro who said he learned welding at Iheya street, in Benin, made th?e confession Thursday evening while speaking to journalists in the office of the state commissioner of police, Foluso Adebanjo.

He disclosed that some of the dogs he slept with bit him in the process.

“I don’t how I slept with the dog, I slept with it five times. Some of the dogs even bit me. At least, I have been bitten two times and each time I have a dog bite my grand father will treat me.

When I call them, I will be rubbing their head petting them so that they will feel free with me. I will be playing with them before they will follow me. They will bark at me some times, and when I notice that it is serious, I will leave them. Any one that is friendly with me, I take that one to an uncompleted building and have sex,” he said.

The teenager who disclosed that he has a girlfriend last year but later broke up with her, said started sleeping with dogs this year, adding, “I don’t know what is wrong with me. None of my relations knows I sleep with a dog.”

“In this particular case, the dog is very familiar with me so it was easy to lure him away. While I was having sex with the dog one man saw me and ran to inform the Odionwere. They now came to pick me and the they asked the police to go and check me and see if I have any disease.”

It would be recalled that Adebanjo, the state commissioner of police, ?had earlier this year disclosed that sexual crimes have been on the increase and a major problem in the state.

Woman Tested For Ebola In Scotland