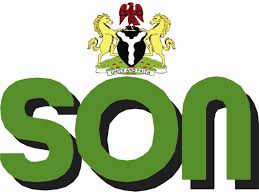 The Standards Organisation of Nigeria (SON) said on Tuesday that it would recruit five million Nigerians into its newly inaugurated national coalition against fake products.

The Director-General of the organisation, Dr Joseph Odumodu, said this in Ibadan at an enlightenment programme tagged: “Zero Tolerance Against Substandard Products.”

He said the recruitment exercise would boost the on-going war against the production of fake and substandard products in the country.

Odumodu also said the organisation had appointed the Sultan of Sokoto, Alhaji Sa’ad Abubakar, as its ambassador in the country.

“We have already formed a national coalition. Indeed, our plan is to recruit up to five million Nigerians who are going to be part of this crusade.

“We believe that five million people are a critical mass that we will use to sustain this campaign to a level that it would be impossible for people to bring substandard products into Nigeria,” he said.

He said that the aim of the awareness campaign was to focus on life endangering items such as tyres, cement and electrical products.

“We are having the campaign to sensitise people on the need to be aware of fake products that could cost them their lives.

“We believe that any fake or substandard product among these items can directly lead to a loss of life,” Odumodu said.

To achieve its mandate, Odumodu said SON would collaborate with some government agencies.

“We believe that by working together, we will be able to achieve the set mandate,” he said.

He, however, called on the public to support the organisation in reducing fake and substandard products in the country.

Odumodu, who said the campaign would be taken to all the geo-political zones of the country, added:

“Our team had earlier visited the South-South and the North-West Zones to campaign against fake and substandard products.

“If we are able to wipe out these products in Nigeria, it will encourage greater employment opportunities for the teeming youths.

“It will also improve capacity utilisation, economic empowerment, access to quality goods and protection from poor quality products and better life for all,” he said.

Odumodu further said that a bill to review the enabling act of SON was currently before the National Assembly.

He said an offender may be jailed without an option of fine if the bill became law.

Perpetrators Of Nyanya Bombing Are On The Same Level With Pigs – CAN President, pastor Ayo Oritsejafor