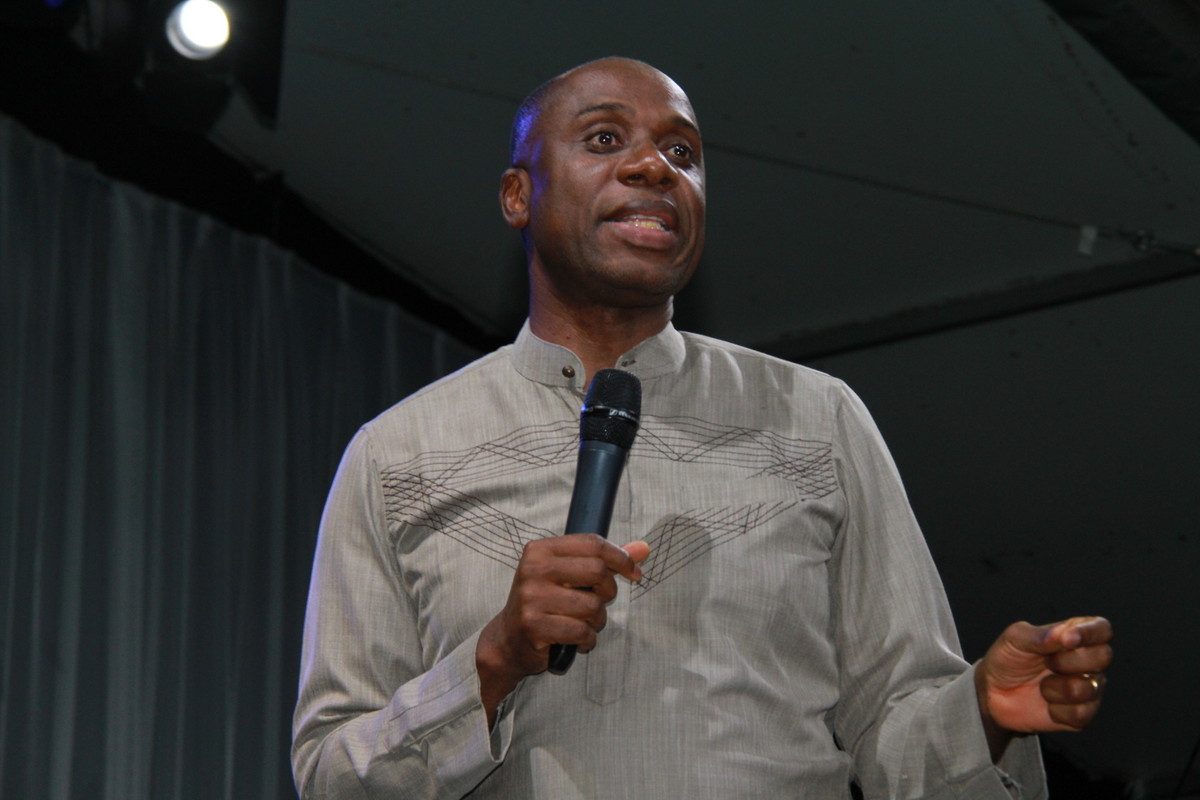 Obia-akpor Local Government Area of  Rivers state is one L.G.A which is always in the news and not always for the best of reasons. In this interview with Deinma Ephraim and Mohammed Okri of RiversReport.com, the Chairman of Obia-Akpor LGA, Hon. Prince Timothy E. Nsima JP talks about his achievement in the LGA, Local Government autonomy, his predecessor, Nyesom Wike and his past and current  relationship with Rivers State Governor, Rotimi Amaechi.

Check out excerpts of the interview below:

How did the problem between you and Governor Rotimi Amaechi start?

I don’t know. I only perceived it because as humans, we have instincts and went to the governor to ask him if I have done anything to offend him. While asking these questions I also pleaded to the governor with my knees on the ground given the fact that he is not God, while also advising to be at peace with everyone. All my pleadings fell on deaf ears and you can now see the result of it. On 2 or 3 occasions of my meeting and pleading with the governor, the then state security service director was a witness to this. Despite the fact that I’m older than him by 8 years which is 2 farm seasons in Ikwerreland of which we are both indigenes. Maybe because he is opportuned to be governor and is very wealthy and thinks nobody is wealthier than him.

What is the crux of the matter?

It is only Amaechi that can say what his problem is. I woke up on the 22nd of April, 2013 morning and I received a text message that there was a meeting at Government House. I attended the meeting early, when the meeting was about to commence I was told to leave, when I asked what the problem was they said the governor doesn’t want to sit in the same meeting with me, this was after the SSS bugged my phone. And I wondered that my friend the governor doesn’t want to sit with me, but I cannot ask question or fight someone in his father’s house because that’s what Amaechi thinks the government is and not the property of Rivers people. But I know former Gov. Dr.Peter Odili built this current government house and there have been other government houses before this. I have been partaker of the government and Amaechi is not going to stop me from doing that.

It’s obvious you’re still a member of PDP and didn’t jump ship with the governor, yes?

I am PDP and nothing can change that. In fact the whole of Obio/Akpor is PDP. I have a background and my background is discipline. There is no one in my LGA that will vote for another party given the fact that the PDP administration has done nothing but good.

How true is it that the allocation meant for Obio/Akpor is being seized by the governor?

I call that IMPUNITY. We were suspended without justifiable reason; we went to court and we won. The court categorically told the governor not to interfere, intervene or obstruct tenure until its complete but Amaechi in his arrogance said the PDP does not obey laws and he will not obey the order of the court. So as far as I know we are sitting under the law. We are not like Amaechi and his band of small boys that are following him.

We are in court, and I’m waiting for justice to prevail. I am not Amaechi.

How do you finance your LGA without your allocation?

We survive by the grace of God. I am not a weakling and Amaechi cannot turn me into one. Whatever I gather from my personal business, I use it to support the smooth running of the council and also serve the need of the people and I’ve advised my people to desist against violence because that’s what a good leader does.

So you are telling us that you are self-financing the council?

Yes, but with the help of my supervisors and councilors we pull through. What drives me is the love I have for my people that makes me strives so hard to provide their basic needs and the smooth running of the council.

Since the seizure of the allocation, has the state government carried out any project in your LGA?

The press – local and national – should go round and investigate if he has done anything for any LGA. Amaechi claims he is building schools and roads, but before he came those schools were in existence. He is just renovating the schools and expanding roads, by also going further to remove the names of those who actually created and built the roads. Let me inform you that there is a conflict about project management. They are working to have multi-nationals invest in their states and we have that problem in our South-South states. There is supposed to be a kind of synergy between the LGA, state government, NDDC and the multi-nationals companies to be able to divide projects accordingly to prove to the good people of Nigeria that we can make this country work. When all these arms work together they can finally show the people that they can benefit.

In your first tenure, you led a delegation of LG chairmen to fight for the 2nd tenure of the governor. Between now and then, what changed?

In my research, I’ve observed that Amaechi is not the only one who has been obsessed or abused powers, like those who God has blessed become disobedience to God. What Amaechi is doing is disobedience to God. Amaechi is like Nebuchadnezzar in the bible. He is the Nebuchadnezzar of our time. He should go back to his church, kneel down at the altar of God and beg for forgiveness from Him.  I cannot forgive Amaechi and nobody can do that only God can forgive him and save his soul. The good people of Rivers State should be in informed that they are in a very terrible situation. Who is the Rivers man or woman who is in good terms with the governor apart from his merry band of rubber stamp assembly members and the small boys that follow him around? I come from a more solid background, what Amaechi lacks is parental upbringing. When a child lacks parental upbringing, he becomes a street boy. We have to be careful on how we groom our children because they might turn out to be a nuisance to the society. Between a space of 10 years, he has acquired enormous wealth which includes ships, planes etc as opposed to those of us who have struggled for over 30 to 40 years. And he talks about corruption; Amaechi is the most corrupt Nigerian.

Who represents this council at the state level?

Nobody. He has few friends from this LGA that follow him around, but they don’t have the capacity of making any decision on behalf of the LGA, and I have told Amaechi on different occasions that they cannot make decision for the LGA. I am the peoples’ mandate for this LGA including my vice, councilors and all appointees under law. We are not the only LG suffering from his barbarian government. The monorail he is building doesn’t have any economical value to the good people of Rivers state and it is a white elephant project. That is why I call it a children amusement park. He even has a disagreement with his commissioner for transport on how much they’ve spent on the project during a youth summit in public. I have it in my will that if any of my children dies on that monorail, I’m not coming for their burial. We should all be prayerful because we are living in terrible times.

There is a rumor that you are doing the bidding of the Supervising Minister of Education, Chief Barr. Nyesom E. Wike?

That’s absurd. Wike is the political leader of this LGA and that has not changed because there is no such directive. Amaechi cannot separate myself and Barr. Wike, he’s my biological brother, I’m his elder brother and we lived together, not even with his promise of money which I call dirty money. I started struggling before Amaechi and Wike. That they are blessed today is all God’s doing. I thank God for my status today.

Elections are fast approaching; how do you think the atmosphere in Rivers is going to be?

It is going to be peaceful. And Rivers State will deliver Dr. Goodluck Ebele Jonathan in 2015. He will complete his tenure like all others. Amaechi said the people fighting him are hungry, but in the end we’ll see who is hungry. But I know the hunger the Rivers people feel is from fasting and prayers to God to deliver them from bondage and the rule of the barbarian.

Chimamanda Ngozi Adichie: ‘There Is A Lot Of Gender Bullsh*t In Nigeria’