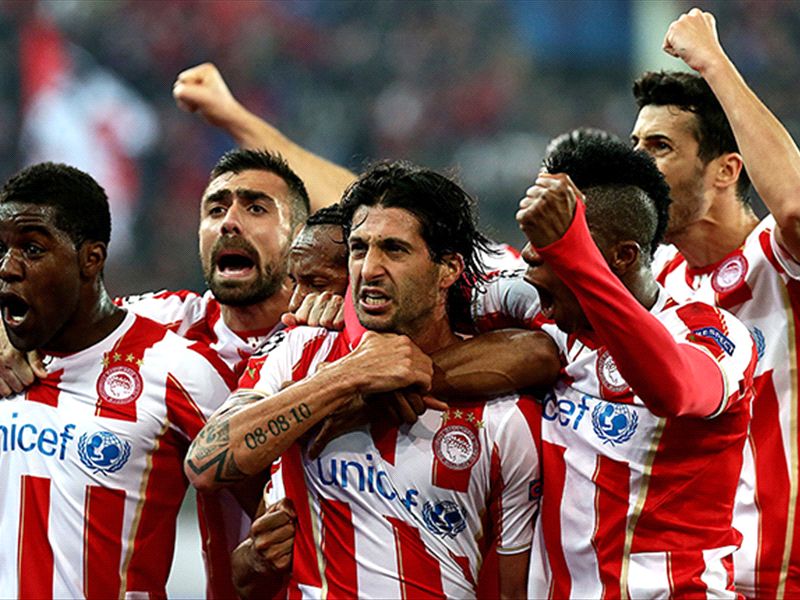 The Greek super league title was won on Saturday by Olympiakos at Karaiskakis Stadium after they defeated Panthrakikos 2-0 .

Nelson Valdez’ goal and another penalty goal from David Fuster were what Olympiakos needed against the 10-men visitors.

Olympiakos had been forced to play behind closed doors as a result of the violence witnessed when they played rivals, Panathainakos. This meant they celebrated their title triumph in an empty stadium.

This Olympiakos fourth consecutive super league title success. They have won the title 16 times in 18 seasons. The Greek giants ensured victory despite resting some key players ahead of Wednesday’s last-16 second leg against Manchester United.

Olympiakos won the first leg of the Champions league round of 16 encounter. They are hoping to compound United’s woes at Old Trafford.