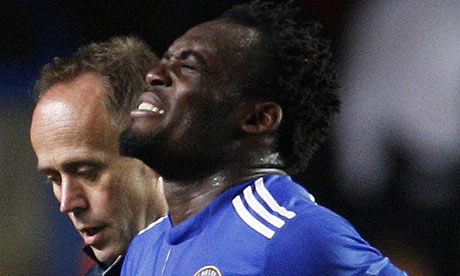 Greek side, Olympiakos are reported to have shown interest in signing up out-of-favour Chelsea midfielder, Michael Essien.

The Ghanaian’s agent recently revealed that the Essien is considering moving from Stamford Bridge for more game time.

But Olympiakos should be prepared to fight for his services with French giants Olympique Lyon and Besiktas expressing interest.

Essien, who returned on loan from Real Madrid this season has managed only six appearances in for Chelsea before the turn of the year.

He was was not included in Chelsea’s Champions League squad for the Group stages.

Mario Balotelli Is Going No Where – Raiola