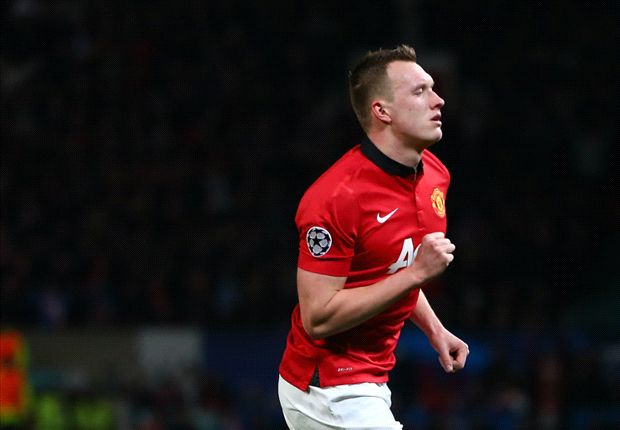 English side, Manchester United faces Greek side Olympiakos this evening after losing the first leg of the round of 16 encounter 0-2

Olympiakos had won that fixture courtesy of goals from Alejandro Dominguez and Arsenal loanee, Joel Campbell.

United defender, Jones believes they can stage a dramatic comeback. He believes the mental strength of his teammates will see him through. Speaking to UEFA.com, he said:

“Our mentality is to keep training hard, keep doing the right things and eventually it will turn.

“We truly believe that, and that’s what will happen. We’ve got to be patient and stick at it but it will come. We didn’t play as well as we’d like to have played [in Greece] but there’s no point dwelling on it now.

“We’ve got to deal with what’s happened and look forward to the future, and the future is putting in a performance at Old Trafford that will lift the crowd, lift the players and turn it around. Only we can do that.”