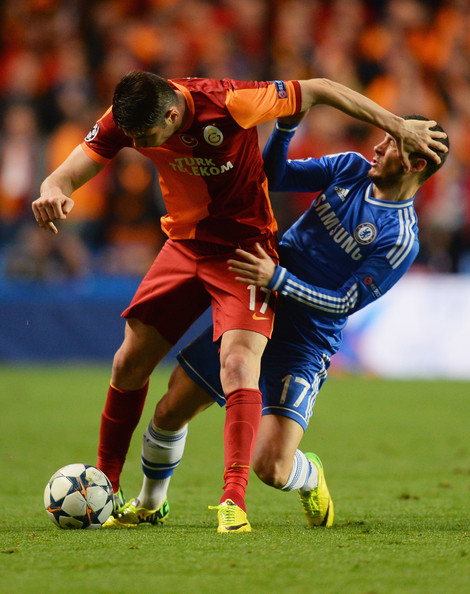 Despite watching his Chelsea side come out victorious against Galatasary of Turkey in the round of 16 Champions League, Eden Hazard believes there are better teams left in the Champions League last eight and has downplayed Chelsea’s chances of winning the title.

Chelsea qualified for the Quarter final stage of the Champions League after goals from Samuel Eto’o and Gary Cahill sealed a 2-0 victory for Chelsea and a 3-1 aggregate victory over the Turkish side after a 1-1 draw in the first leg.

The likes of Real Madrid, Barcelona and Bayern Munich have already sealed their spots in the quarter-final. Hazard is skeptical of Chelsea’s chances to win their second Champions league title this season, he was speaking to beIN Sports.

“I think there are teams better equipped to win [the Champions League],”

“We have a team with young players who do not have enough experience of high-intensity games. But we will do our best and we will go as far as possible.”

He also desires a draw with Ligue 1 champions, Paris Saint-Germain as he wishes to return to France for the first time after joining Chelsea from Lille in 2012.

“It would be a pleasure to face PSG, even if they are really strong and we have nothing to be envious of.”