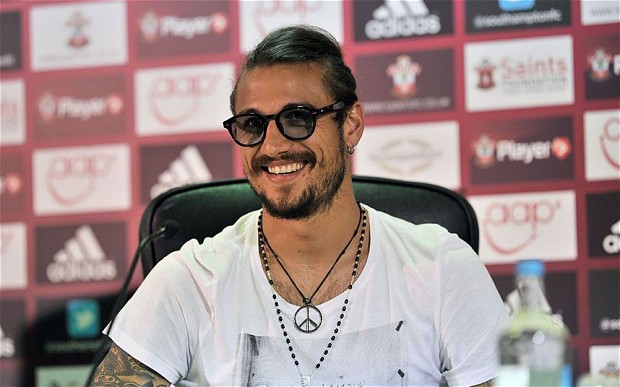 The 28-year-old moved to England from Roma in August in a deal worth up to £15m.

“Juventus Football Club can today confirm that terms have been agreed with Southampton Football Club on a free loan deal for Pablo Daniel Osvaldo,”

“The agreement also includes the option, to be exercised before May 13 2014, for the purchase of the player’s full registration rights at a price of €19m, to be paid over the course of three years.” the club said.

The Old lady of Turin will pay Osvaldo’s wages in full during the loan.

Osvaldo’s reputation was called into question when he attacked Southampton defender, Fonte during a session at the club’s Staplewood training ground and was handed a two-week suspension by the club.

“It’s all been a bit of a whirlwind and I still can’t quite believe it but I’m happy.

“It was pleasing when I first heard of Juventus’ interest in me. When everything was completed last night I sat down and I couldn’t believe it.

“As I said before, it’s been a pretty hectic three or four days but I’m happy.” an elated Osvaldo said