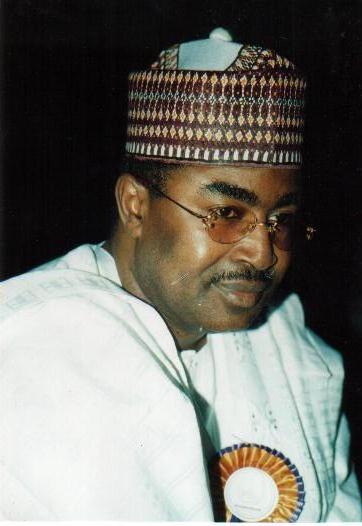 Until now, Adamawa looked like a state that the PDP may have serious challenge with in 2015 going by the fact that a good number of the key political figures in the state are now in the All Progressive Congress (APC) or in talks with the party. But the recent decision of the leadership of APC to hand over party structures to governors who defected to the party is now threatening its prospects in future election in the state as major stakeholders in control of party structure believe that the political equation in the state naturally makes Adamawa an exception. Former Military Governor of Lagos and Borno States, Brig-Gen Buba Marwa, who was the gubernatorial candidadate of CPC in the 2011 election in this interview with Daji Sani, gave an insight into the situation within the party and warned their supporters had threatened to leave the party if certain issues were not urgently addressed

What is the political situation in APC in Adamawa state?

We are battling with some fundamental issues of roles classification in Adamawa All Progressives Congress. I am sure at the end, justice will prevail.We will resolve the pending argument and get on the best side of politics. If we do not surmount these challenges urgently, it could be the undoing of APC in Adamawa.

What is the recent wrangling all about?

The wrangling has to do with the entry of the governor of the state, Admiral Murtala Nyako, who defected recently with other governors from the Peoples Democratic Party to join the APC. If you like, l can go into details.

What are the details?

Let me tell you my inter personal relationship before I continue. Personally, I have respect for Governor Nyako because he is my senior in the military and following our training as military officers,we have code of conduct, it doesn’t matter that we found ourselves in politics, the fact still remains that once a military officer always a military officer. I always accord him the due respect because he was my senior in the military. Therefore, I have respect for him. That is why I always address him with appropriate decorum in the public. Because there are thousands of young officers still serving in the military and we must show them good examples. I have tried to avoid abusive language in the name of politics. Even when I contested against the governor in last governorship polls held in the state, I did not insult Nyako in the name of politics. I continued to tell my loyalists that I will not insult an admiral.
Secondly, I have respect for our national leaders, people like Gen Muhamadu Buhari, Ahmed Tinubu, Bisi Akande,and others who have proven to be men of integrity. I have respected them individually and l will do nothing to undermine their authority and of course the party.

But unfortunately, the wrangling started as a result of Governor Nyako’s entry into the party because the governor, who was among the G5 governors that left the PDP, claimed that he had been given the leadership of the party in the state.

But the truth is that it is not all the G5 governors that were given the leadership of the party in their states. For example in Kwara State, the governor is not the leader of the APC in the state but Senator Saraki. This means that every state is treated on its own merit. Speaking of Adamawa State, when we look at the situation critically, Governor Nyako had long ceased to be the leader of the PDP for two years before he joined the APC. Governor Nyako joined a party that had already been built by stakeholders and came into a structure that was already on ground and came in forcefully and immediately announced that he was the leader.

You will expect that a state like Adamawa where the stakeholders of the two legacy parties -CPC and ACN – are very popular, people like Engineer Markus Gundiri , who contested governorship under the banner of ACN in the last governorship polls, people like Fati Bella, BB Lawan, Boss Mustapha and my humble self and many stakeholders cannot be unnoticed. We expected that Nyako will call us and sit with us so that we will discuss some modalities that will aid us to work as a team for the progress of the party in the state. But he failed to do so because it is like he is undermining us. Even on my own, on several occasions I tried to sit with him. The stakeholders made several efforts to sit with Governor Nyako but he did not respond positively.

Personally, the day we were receiving General Buhari, Tinubu, Akande and others who came to Adamawa to woo the governor to join the APC, while we were at the Airport, I whispered to the governor that we needed to meet to discuss about our new party and he answered yes, yes. Till today, as I am talking to you, he has not responded .

Instead of meeting with the leaders of the legacy parties, he devised a means of using power and money to entice all the grassroots structures of the legacy parties across the 21 Local Government Areas, and promised to make them his Special Assistants on a monthly salary of N20000 and offered them money at the meeting, if only they can support him.

The governor also called a meeting of both secretaries and Local Government Chairmen of legacy parties across the state. He also promised to pay N50,000 monthly and offered each of them a plot of land and the same with the women leaders. He also named all the council chairmen who came with him from the PDP as the leaders and chairmen of the party in all local government and also all the PDP councillors the chairmen of the party at the wards. These efforts have led to the agitation of our party members that they would leave because all the structures of the legacy parties had been completely sidelined.

The government of Nyako set up a committee which has already started registration of APC members in all the 2609 units in the state even when the APC as a party had not started registration throughout the country.The committee is registering 120 persons per unit across the state with the promise that they will make them special assistants and pay them N10,000 monthly per person. This means 120 person per unit times 2609 units brings it to a total of over 300,000 special assistants and their wage bill would be about N3 billion. This is deceptive because nobody can emply 300,000 special assistants.

Definitely the purpose of this registration that he is doing and promising them appointment as special assistanst, you know because of the level of poverty, he who pays the piper dictates the tune and so they would vote for whoever Governor Nyako wants them to vote for in the congress.When the committee started registration, I addressed a news conference and I said, perhaps the governor was unaware of what they were doing and that now that I have spoken he should be aware that there was a committee going round doing fake registration and he should stop it. Because they were promising the people job offers which they would not be able to meet for budgetary reasons. But he did not stop them. They are still going on with the registration. And now, only this week, the governor announced that when the proper registration starts in January, the national APC had promised that all the registration materials would be channeled through him and he would hand them over to the former PDP chairmen in the local governments.It is for this reason that our supporters are threatening to leave the party because he had already sidelined them. So, note that Admiral Nyako came into the APC with himself alone. His deputy didn’t follow him, the 37 members that moved in the House of Representatives, Adamawa state was not included. All the stakeholders in Adamawa PDP did not follow him – Prof. Jubril Aminu, Barrister AA Gulak, Senator Paul Wampana, Senator Abubakar Girei, Senator Bello Tukur, Faruk Jauro, Walga, Dr. Hassan Adamu, Walin Ganye, Senator Zwingina, Gen. Hannaniya, Air Comm. Dan Suleiman. Not a single stakeholder followed him. He came alone and he wants to take over the structure of the party. Now our supporters are threatening to quit the party. If they quit the party, who would be left to vote for APC in Adamawa state?

What did the party do to resolve this problem?

How would you describe the state of development in the state?

The state is underdeveloped, I have governed two great states in Nigeria, therefore I know what development entails if l see one. Because we are now in the same party with the governor, I am constrained not to talk further about it.

Related Topics:politicsPDPAPCInterviewBuba Marwa
Up Next