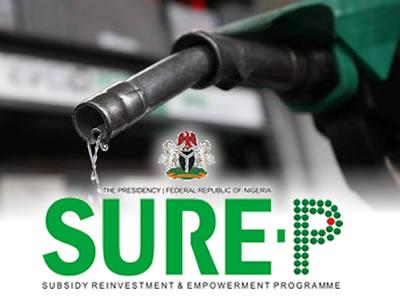 The Federal Government said it had expended the sum of N104.1bn on the Subsidy Reinvestment and Empowerment Programme.

The amount was spent within the first 18 months of the programme, covering January 2012 to July this year.

The figure is contained in the Medium Term Expenditure Framework and Fiscal Strategy Paper of the federal government covering the 2014-2016 fiscal periods.

A copy of the document was obtained by our correspondent in Abuja.

SURE-P was set up in January 2012 following the controversy that trailed the partial removal of fuel subsidy.

The government had in a bid to alleviate the suffering of Nigerians following the removal of fuel subsidy said the savings from the removal would be efficiently managed in the area of safety nets.

In order to maximize the oil wealth of Nigeria, the country saw the emergence of a fiscal formula for the sharing of the national petroleum products subsidy savings.

The formula required the Federal Government to warehouse 41 per cent of the subsidy savings while the State and Local Governments share 54 per cent.

According to the MTEF, the government in 2012 provided N180bn for social safety net and infrastructure development programmes under the SURE-P window.