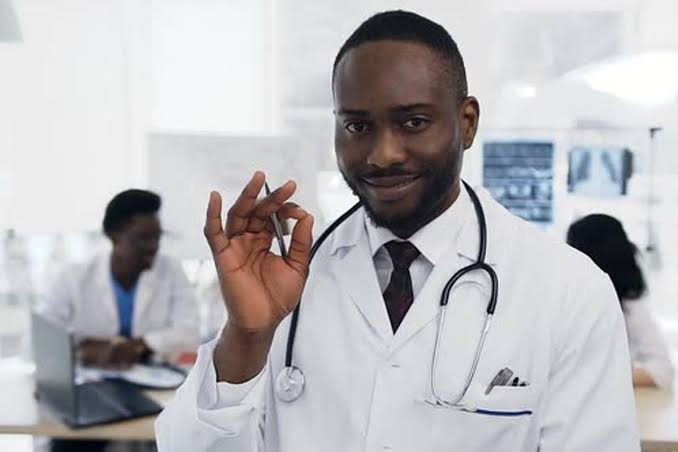 The internet is over flooded with a lot of  information which includes how to care for our health, the best medical practice that befits one’s health and many other health-related matters. However, many of the authors of these posts are not medical experts but people with some influence on social media, they have persuaded or convinced thousands of people to believe their post. Several persons have seen them as an authority which they are not.

Some of such information have turned out to be false, while others are still under clinical trials while a few of the claims posted are partially true. Several of such information have been fact-checked by Dubawa, which include a claim that soaking raw okro overnight and consuming it cures ulcer. Medical experts fault this claim on the argument that okro can be used to cure ulcer but that medical experts advise it should be cooked before eating, as eating raw okro can be difficult for the body enzyme to work on and that raw okro contains anti-nutritional factors which can be dangerous and poisonous to the body.

Checking the Disadvantage of not consulting medical expert

Despite several warnings by medical experts for the public to seek medical experts’ attention  about health-related issues, a lot of Nigerians are in the habit of doing otherwise. Sometimes, they run with whatever a prominent personality says without seeking expert opinion.

For example, at the peak of the coronavirus pandemic, information circulated in the media claimed that chloroquine can be used to cure COVID-19. US President Donald Trump had endorsed chloroquine as a cure for COVID-19 on TV. A lot of people in Nigeria  started taking chloroquine. As a result, the price of chloroquine did not only go up, it also sent so many people into the hospital for its unauthorized use. CNN reported that three persons were hospitalized in Lagos hospital for excess intake of chloroquine or self medication.

With the dangers inherent in unverified medical information on the internet, it is important that people seek a medical experts’ view on issues concerning their health.

For instance, several deaths recorded during the COVID-19 pandemic in Nigeria were attributed to late visits to the hospital for proper examination or quicker diagnosis. Doctor Datonye Alasia of the University of Port Harcourt Teaching Hospital said the majority of the deaths recorded from the hospital was as a result of late diagnosis.

Datonye said. “Patients with COVID19 came late at the point of death”

Several reports have shown that many breast cancer patients who visited the hospital late had their breasts cutoff or did not survive but early detection has saved several others.

The Rivers State branch of the Medical Women Association of Nigeria during the 2020 World Breast Cancer Day said earlier detection of breast cancer can prevent breast cuffing and death..

Vetty Agala, President of the Rivers State Branch of Medical Women Association, told Dubawa that it is important to seek medical expert’s views on issues related to health, adding that failure to do so, one might be taking the wrong drugs even if it looks like the recommended drugs.

Agala’s word; “It is important to seek a medical expert’s view because they take the time to go through proper diagnosis and ofcos with their training, the medical expert also gives the required management for that ailment, and when you don’t do that, there is a risk of drug abuse. Self medication is something  we frowned at. People went to school to study different things and it is not all you can get from the patent shop.”

Agala said in Nigeria, there are some drugs that are over the counter drugs and there are some that are supposed to be prescription drugs but patients need to be educated about the difference between both.

Doctors have so far argued that regular checkup can detect an upcoming health issue.

For example, medical experts study the health history of patients after proper diagnosis, to ensure other ailments do not trigger other health issues in the course of treating obvious one.

Why patients self medicate and regulation of drugs

It is illegal in Nigeria to buy drugs basically meant for prescription to be obtained from non-registered pharmacists. But many Nigerians buy such drugs from any trader, registered or not. This can breed fake drugs.

The purchase of drugs in patent medicine shops is rampant in the country, as many believe it is the easiest way to treat one’s health issues other than going to the hospital for treatment.

Nigeria National Drugs Policy states that prescribing, dispensing, and the sales of drugs can only be done by authorised persons and proper records of such transactions must be kept.

Further, the National Drugs policy states that “only duly licensed pharmacists shall have the authority to supply, sell and dispense drugs to the public. Such sales shall take place in premises licensed for the purpose, which shall be subject to regular inspection.”

Agnes Matthew, a trader in Rivers State, told Dubawa that she prefers patronizing pharmacists because it is easier and cheaper than going to the hospital.

Ms. Matthew said, government hospitals take more time before doctors attend to patients, by which time, patients would have wasted all the day and patients are made to pay the money the could have used to buy the drugs from medicine stores without paying money to pay for registration, run tests preparatory to obtaining prescription from doctors.

Browsing through the internet to get information is good, but when it concerns one’s health it is best to visit the hospital and speak to a doctor. Self medication should be discouraged because it is dangerous.

The researcher produced this fact-check per the Dubawa 2020 Fellowship partnership with NewsWire,, Nigeria Port Harcourt to facilitate the ethos of “truth” in journalism and enhance media literacy in the country.

Gentle Humans to Potential Killers; Understanding the Reasons Behind Child-Cultism