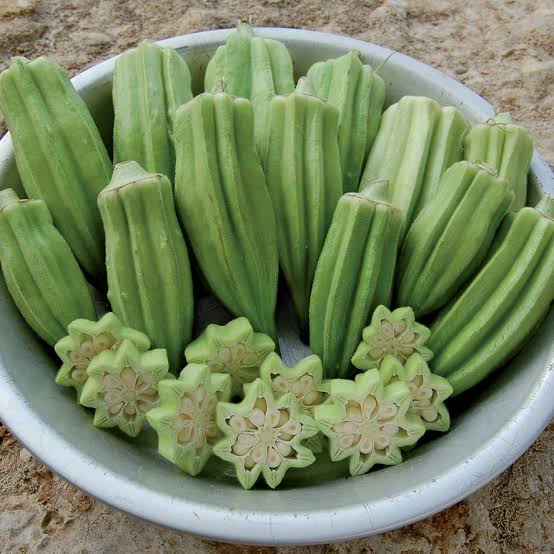 A Facebook user in a video has claimed that sliced Okra soaked in water overnight can treat an ulcer. The video says okra is used to treat sore throat, irritable bowel syndrome, ulcer and Lungs inflammation.

Another Facebook user also claimed that the regular consumption of Okra can regulate blood sugar and ulcer.

Misleading: Experts have faulted the claim that the regular intake of water from overnight soaked Okra is an ulcer treatment. Findings reveal that Okra has anti-nutrient which are poisonous to humans if eaten raw.

Okra or Okro (Abelmoschus esculentus), known in many English-speaking countries as ladies’ fingers, is a flowering plant in the mallow family. It is valued for its edible green seed pods.

On August 24, a Facebook user, Ritzy Tosin, posted a video wherein she said regular intake of water from overnight soaked Okra can treat ulcer. The video suggests the stalk, popularly known as head and the nut locally referred to as tail of the Okra, should be cut off and the body cut in parts, and soaked in water overnight. The video also displayed the sieving the pieces of okra out the water for drinking on an empty stomach.

As at the time Dubawa checked the video, no one has commented on it because of restriction to comment, but 251 persons have watched the video while 9 persons have shared it with friends.

Another Facebook user, Kevin Nengia, on 27 August claimed that Okra can help check blood sugar and ulcer. As of August 27, 10 people have commented, some surprised and asked for more information on the process for ulcer patients.

The United Kingdom’s National Health Service (NHS), a  Government-funded medical and health care services for everyone living in the UK, says Stomach ulcers, also known as gastric ulcers, are open sores that develop on the lining of the stomach, which occur in parts of the intestine just beyond the stomach.

The NHS reports that the most common symptom of a stomach ulcer is a burning or gnawing pain in the centre of the stomach, (abdomen) with varied experience of pain. depending on the individual, and other symptoms, such as indigestion, heartburn, and feeling sick.

Dubawa reached out to the author who posted the claim on August 27, Kevin Nengia, a journalist with the Rivers State Broadcasting Corporation on the method used for the treatment and how he got to know about it.

In response, he said that his knowledge was based on his experience in traditional medicines (herbs and roots)

However, Michelle Umeadi, a Registered Dietitian/Nutritionist and Member of British Dietetic Association, faulted the claim. Mitchell said Okra is considered a vegetable, which helps in lowering sugar level and does not easily convert to sugar.

She added that the lowering of blood sugar level is not particular to Okra but applicable to all vegetables.

“I am explaining this to you so that people will not lower their vegetable intake to only Okro, in the morning and night. Okro should be part of a diet. It can be taken 3times in a week with other vegetables”, Mitchell said.

Mitchell, who is also the Co-founder Citadel Nutrition Consult and has been practising for 13years, told Dubawa that Okra is a nutritious vegetable but not a medication.

Mitchell told Dubawa that ulcer patients tolerate Okra, maybe, because of its gluey nature but not that it heals the ulcer.

Echefu Odazie, the Assistant Director of Dietetics of the University of Port Harcourt Teaching Hospital said Okro is a good vegetable for ulcer patients  but it is not advisable to soak raw Okra overnight and drink its water, because of its anti-nutrient feature.

Research published in 2017 reveals that anti-nutritional factors are compounds found in most food substances which are poisonous to humans or in some ways limit the nutrient availability to the body, thus preventing optimal exploitation of the nutrients present in food and decreasing its nutritive value.

However, another research published in 2017 reveals that it has not been possible to provide an ideal solution to completely treat ulcer, but recommended that the disease can be substantially controlled by pharmacotherapeutic interventions. However, ulcers patients are  advised to see a doctor for proper recommendation of medication and food intake.

The claim that water from okra soaked overnight can treat ulcer has no reliable evidence to substantiate the claim scientifically, and nutrition experts say it is harmful to the body if taken raw because of okra’s anti-nutrient quality.

The researcher produced this fact-check under the auspices of the Dubawa 2020 Fellowship partnership NEWSWIRENGR to facilitate the ethos of “truth” in journalism and enhance media literacy in the country.

The Feminist Coven and the Fight against Sexual Violence in Nigeria