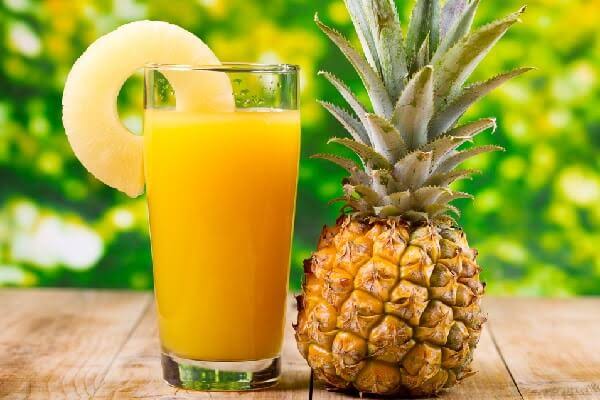 Claim: A Twitter user, known as First Doctor has claimed that “Fresh pineapple juice’ is 500% more effective at helping you to stop coughing than most cough syrups.”

Based on the evidence gathered, including the research published in 2010 and other supporting findings, fresh pineapple juice may likely cure persistent cough but not cough caused by pneumonia.

A Twitter user, known as First Doctor,with the handle @DrAtangwho on September 6, 2020, claimed that fresh pineapple juice is more effective at stopping cough than most cough syrups.

His tweet reads, “Fresh pineapple juice is 500% more effective at helping you stop coughing than most cough syrups. This Juice contains Bromelain, a special enzyme capable of digesting proteins and fighting inflammation”.

As of September 8 when Dubawa checked, the post had 25 comments, 685 people have retweeted and 1,222 have liked. Many of the people who commented on the post supported the claim.

A research published in 2010 by researchers at an institute in India reveals that Pineapple juice may help soothe symptoms of a cough or cold. The study found that pineapple juice was part of an effective treatment for tuberculosis, thanks to its ability to soothe the throat and dissolve mucus. According to this study, a mixture of pineapple juice, honey, salt, and pepper reduced cough symptoms up to five times faster than over-the-counter (OTC) cough syrup.

Since the research was published, it has been cited in several foreign articles, which include; Healthline , MedicalNewsToday,  Express among others.

However, MedicalNewsToday, an online media that publishes health related topics reports that the study is unclear on whether this finding was central to the research. As such, it is hard to rely on this finding to support the claims made about pineapple juice as an effective cough remedy.

“This does not undermine the experiences of those who have personally found pineapple juice helpful in relieving a cough. It just means that further research is needed to prove it is effective”, MedicalNewsToday posits.

To further verify, Dubawa reached out to the Rivers State Chairman of Dieticians Association of Nigeria, Royal Enyida. Enyida told Dubawa that drinking pineapple juice can reduce a common cough with good rest but does not cure cough caused by pneumonia. He added that “with the aid of enzyme bromelain, pineapple juice helps loosen mucus in the throat”.

Lifehack, reports that Pineapple juice can treat most persistent coughs, as long as they aren’t that serious like pneumonia.

According to LiveScience  Pineapples are tropical fruits that are rich in vitamins, enzymes and antioxidants. They may help boost the immune system, build strong bones and aid indigestion. And, despite their sweetness, pineapples are low in calories.

Livescience quoted the American Cancer Society,  “unlike many other fruits and veggies, pineapple contains significant amounts of bromelain, an enzyme that breaks down protein, which may help with digestion.”

Based on the evidence gathered, including the research published in 2010 and other supporting findings, fresh pineapple juice may likely cure persistent cough but not cough caused by pneumonia, thus making the claim partially true.

The researcher produced this fact-check under the auspices of the Dubawa 2020 Fellowship partnership with NewsWireNGR to facilitate the ethos of “truth” in journalism and enhance media literacy in the country.

Related Topics:Pineapple juice
Up Next