NBC Code Amendment: The New Frontier in Nigeria’s War on the Economy 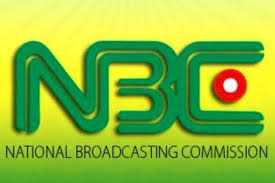 On Friday June 26, 2020, an innocuous-looking notice appeared in the day’s edition of THISDAY newspaper.

It was a notice from the National Broadcasting Commission (NBC) to the general public inviting stakeholders to submit position papers on a proposed amendment to the 6th edition of Nigeria’s broadcasting code which is currently in effect.

Signed by Salihu Bamidele Aluko, the NBC Board Chair, the only thing that looked out of the ordinary was the fact that the email addresses provided were generic gmail addresses, instead of the customised “@nbc.gov.ng” addresses used for official communication.

Three days later on Monday June 29, a tersely worded notice appeared in THISDAY, The Nation, Vanguard and Leadership directly contradicting everything stated in the first notice. Signed by Acting NBC Director General Armstrong Idachaba, this statement advised the public to disregard any call for position papers, adding that the amendment has already been made and is merely awaiting presidential assent.

The obvious boardroom-level infighting within one of Nigeria’s most important regulators would be alarming enough on its own, but a visit to the NBC’s website revealed that in addition to having an embarrassing DG vs Board fight playing out in the public space over its own regulatory code, the NBC apparently has no functioning website as of now.

In other words, Idachaba is so eager to push through the amended NBC code and get it signed by the president that both public embarrassment and the lack of an internet presence by his organisation are less important issues. Naturally this begs the question: What exactly is in this amendment that is tearing a 28 year-old regulator apart? I set out to find out a few days ago and what I found left me with a familiar sinking feeling. Far from being a document that aims to solve problems and encourage development, it is yet another dangerous attempt by the Nigerian State to capture and cage economic and social rights of Nigerians.

Here is what is in the new NBC code.

Comrade Armstrong has Spoken: Communism is Now the Law

19th century French anarchist Pierre-Joseph Proudhon famously declared that the existence of privately-owned property to be held and used as the owner pleases, is theft. This view was so extreme that even Karl Marx, author of Das Kapital and co-author of The Communist Manifesto declared Proudhon to be an impractical and incoherent ranter. Where even Marxist communism drew the line however, Idachaba’s NBC proposes to go one better and explore the possibility of creating a Nigerian broadcast industry where all broadcast content belongs to nobody and is available to everybody.

According to this clause, all Pay TV broadcasters in Nigeria are compelled to offer any and all of their sports and news content, whether internally-developed or externally sourced to their competitors. This means that any of the live sports and analysis shows that broadcasters like SuperSport depend on for the bulk of their viewership will be shared with al their competitors. If AIT wants the popular Premier League Matchday Live, SuperSport is obligated to sub-license the show to them.

At this point you may be thinking “Surely not. That can’t be right?” Well that is exactly what the NBC wants according to this new code.

This confusingly-worded section basically means that as long as a TV program has value to audiences (i.e as long as they watch it), and the NBC in its unilateral and unquestionable judgment decides that leaving it exclusive to the station that owns it is “anti-competitive,” the station is required to sub license it to whoever wants it for broadcast. Worse still, the NBC stipulates what price range individual broadcasters can charge for their content to be sub-licensed, and it can step in to directly determine the price in case of a dispute.

Going further in Soviet Communist territory, the new code prohibits any broadcaster from obtaining any kind of content under an exclusive agreement.

In other words, Brila FM for example, which has an exclusive partnership with Football Live to bring live commentary and matchday updates from European football leagues will no longer be able to have that exclusive to itself. All of its competitors must have access to the same content if they want it. This also means that SuperSport, Star Times and other providers with similar exclusive arrangements will no longer be allowed to have them.

At this point, the code then drops all pretense at being a regulatory document and reveals itself for what it really is – the DSTV killer. Having already established that no content rights can be held exclusively anymore, it then mandates the rights holders for “Live Foreign Sporting Events” (i.e football) to share this content with all its competitors including free-to-air terrestrial TV, radio and mobile.

In other words, the NBC says that a broadcaster may pay $100 million to the English Premier League to acquire its Nigeria broadcast rights, and then it must then share $100 million worth of content with free platforms – and the NBC gets to decide what price it can charge those platforms for the privilege. And for good measure, it is mentioned once again that sport broadcasters must abandon any notion of content exclusivity.

Privately-owned football broadcasts rights are theft after all, and the State must intervene via the NBC to ensure that any Nigerian who wants to watch Arsenal play Chelsea can do so for free.

The code manages to go even further into the realm of the Kafkaesque, throwing in a clause that forces foreign football broadcasters to pay ‘protection money’ to the Nigeria Professional Football League if they want to broadcast in Nigeria.

According to this clause, after paying the hypothetical $100 million fee for Premier League football broadcast rights in Nigeria and sharing the live feeds with all their competitors including regional NTA channels and AM radio stations at a price decided by government, the broadcaster must pay at least $33 million for the local football league’s broadcast rights, being the required one-third of the foreign rights package. It even forces advertisers wishing to place their messages on the broadcast to pay their own protection money to the local league first.

‘Social Media Bill’ and ‘Hate Speech Bill’ Sneaked in Through the Back Door?

All of this may come across as halfway between ridiculous and completely unenforceable, but that is not the real danger of this proposed amendment. Like every other unenforceable set of regulations in Nigeria, what will happen more than likely is that the status quo will persist, but there will be space for selective and discriminatory application of the new rules. The real danger hence, lies in the potential of the new code to create a self-censoring, chilling effect on the type of journalism that Nigerian broadcast organisations carry out.

There have been detailed breakdowns of the projected economic fallout of trying to enforce a set of ill-thought, economically illiterate and draconian regulations on an industry which only came into existence less than 3 decades ago, following deregulation of the broadcast space. Apart from projected job losses in the hundreds of thousands and the loss to the Nigerian economy, the destruction of exclusivity – which is the bread and butter of broadcasting – would napalm the business model of Nigerian broadcasting.

This code can thus be used selectively to target radio and television stations that do not repeat the government line or stay away from hard topics and discussions that the government does not like. In November 2019, NewsWireNGR published a deep-dive into the proposed ‘Protection Against Internet Falsehoods Act,’ known colloquially as the ‘Social Media Bill’ because of its obvious targeting of the internet discussion space in Nigeria. That article mentioned a similar potential for discriminatory use of a generally unenforceable code to target specific individuals and organisations.

The new NBC code amendment does not even attempt to be subtle about what its real goal is and whether it intends to directly censor Nigeria’s broadcast media if indirect economic bullying does not work. See for yourself.

Terms like “sole discretion,” threat of hefty fines and open warfare on content sourced from social media are taken almost word for word from the Social Media bill. This begs the question of why a supposed routine code update by a regulator and a legislative bill that created enough controversy to get it taken off the House floor have so much wording and obvious intent in common. At the moment however, the penny has not dropped within public discourse that the NBC code amendment being pushed by Armstrong Idachaba is an attempt to get some of the most obnoxious clauses from the Social Media bill into law through the back door.

This has not been helped by the fact that the majority of media platforms that will be affected by the new rules seem either completely unaware of their situation or even actively in support of it. The coverage of what is a set of rules that will destroy Nigerian broadcast journalism and media practise as we know it has been bland and uncritical, typified by reports like this, which merely repeat the NBC narrative and offer no insight whatsoever into what the new code means in practise.

A few industry insiders whom I have spoken to off the record have even expressed agreement with the new regulatory regime because they perceive that it will boost their competitiveness by cutting a certain South African TV behemoth down to size. In fact while it may well destroy the dominance of the player in question, it will ultimately – inevitably – be used as a tool to whip the entirety of Nigeria’s broadcast media into line through selective and arbitrary enforcement. Lack of foresight and inability to see the bigger picture on the part of those who are most affected, can only help the NBC push through what ordinarily should be immediately recognised as an absurd regulatory flight of fancy.

In Nigeria, Lagos Boys Bleach their lips and dare the consequences

Special Report: Fighting COVID-19 in Nigeria but citizens are dying of other illnesses due to neglect