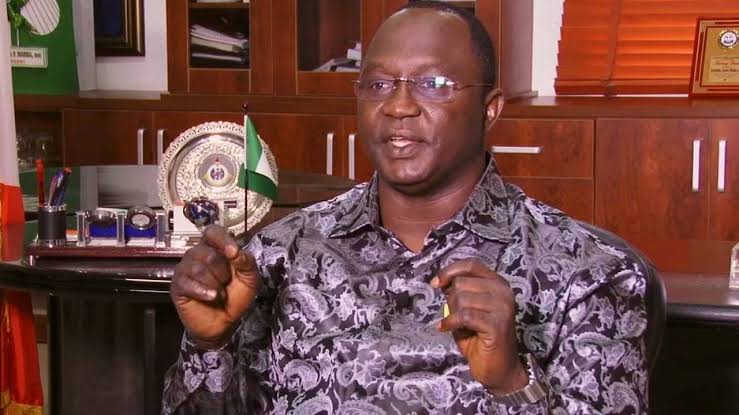 The Nigeria Labour Congress (NLC) has urged federal and state governments not to stop or deduct workers’ salaries amid the fight against COVID-19 pandemic.

Mr Ayuba Wabba, the NLC President made the call on Tuesday in commemoration of the 2020 International Workers’ Memorial Day with the theme: “Stop the Pandemic at Work”.

“On this occasion, we make the point that labour is not a commodity to be taken, trampled, and tossed aside.

“Workers create the wealth and demand a decent fraction of the reward of their efforts.

“We urge workers everywhere to continue to draw inspiration from the fact that without our sweat, no sweet gain can be made.

“Without the twitching of our muscles, no socio-economic puzzle can be solved.

“In reciprocation of the enormous sacrifice made by workers, we urge employers of labour to show solidarity with the sacrifice of our workers and people by ensuring wage protection, income support and social inclusion at these trying times.

“This is not the time to stop or deduct from workers’ salaries. Such an action would be both illogical and illegal as workers’ salaries are core elements of employment contracts and collective bargaining agreements.

“We have asked our affiliates and state councils to resist any salary deduction on the account of COVID-19.

“We reassure our workers that our priority in these trying times remains the cautious, gradual, evidence-led and smart restart of the economy so that our workers can go back to work,” he said.

He said that the NLC was committed to the recovery of lost jobs, protection of wages, support for income and livelihood and improvement of Nigeria’s social safety net.

Wabba, while speaking on the commemoration of the day, said the celebration was in the memory of workers who had paid the supreme sacrifice in the course of their duties as workers or as activists fighting for the rights and interests of the working class.

He said that it was also a day to remember workers, who had lost some limbs, suffered injury and other forms of severe loss while at their work places.

“The theme of this year’s commemoration is “Stop the Pandemic at Work”.

“This is significant coming at the epoch of the global fight against the novel corona virus disease otherwise known as COVID-19.

“The contribution of frontline workers, especially healthcare workers, has become the only buffer between deaths in thousands and deaths in millions.

“Every day, our healthcare workers courageously dare the stare of death in selfless service to rescue the lives of others.

“On a day like this, we salute the uncommon love, faith, courage, and sacrifice by frontline workers who have given more than what the call of duty demands to give hope to humanity,” he said.

He said that the society would forever remain in indebted to thousands of healthcare workers, transport workers, utility employees, journalists.

“Even workers in the informal sector who have continued to show up at their duty posts despite the threat of death, dearth of working tools and paucity of gratitude,” he said.

The NLC president condoled with the families of workers who had paid the supreme sacrifice in the fight against COVID-19.

“We also wish to use this commemoration to ask government and employers in the private sector to throw in sufficient weight to make the load of our frontline workers easier.

“We demand sufficient personal protection equipment, hand sanitizers, functional wash rooms, suitable rest rooms and other facilities to make the work of our brave warriors on the health frontline less herculean than it already is.

“Our health workers and other frontline workers are not on a suicide mission.

“They simply want to save lives. The least government and employers can do is to help them keep their lives so that they can go on saving other lives.

“We commend the Federal Government for the insurance cover and enhanced incentives provided for frontline health workers. We urge states to follow suit.

“We also commend the Sokoto State government for leading the way in this regard,” he said.

He further called on the leadership of the industrial unions to ensure that health and safety facilities and guidelines such as running water, soaps, sanitizers, protective masks and social distancing were made available and enforced at different workplaces.

He noted that this would be part of smart measures to restart the economy, “while the government should intensify COVID-19 testing (build at least a test centre in each state), contact tracing, public fumigation, and robust public health education.”

Wabba said given the current lockdown and in line with global realities, 2020 May Day celebration would be low key.

COVID-19: NLC Opposes Use Of Contributory Pension For Palliatives