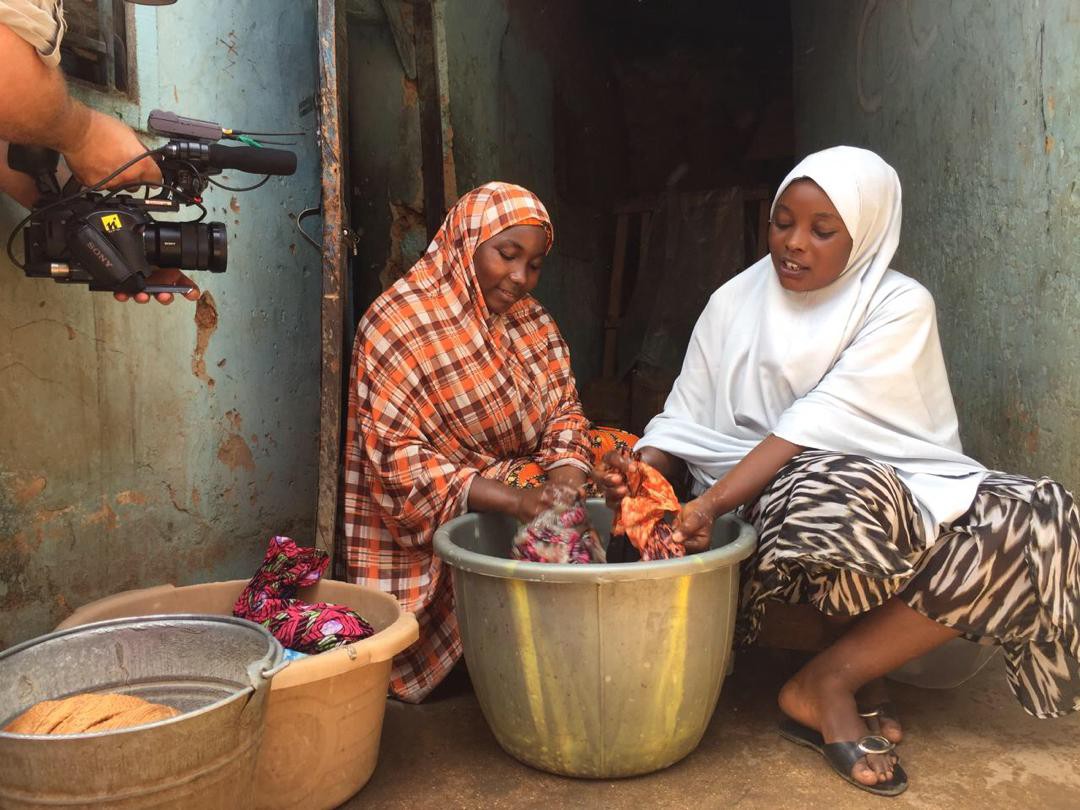 Against all it’s visual and its cerebral attractions, my journey into the media world was a personal one, triggered by thinking about better ways that the same things we are already doing can be done. That’s why It has been an exciting three months of poring through the work YIAGA Africa has been doing in Nigeria. I found it was a refreshing escape from writing about politics and governance — even though so many of the contexts are interrelated.

Much of my interest in the media is how it can influence development. I began reflecting on this as a cost controller for Afrosia Energy in Oghara, a small community in Delta State, Southern Nigeria. In my two years working from one community to another across Nigeria, I was confronted with questions like why locals, from a community we were trying to install transformers for electricity, kept coming into the plant at night to steal the transformer oils. Why the Nigerian government and energy companies were sabotaging themselves. Why a country of over a hundred and fifty million people didn’t have steady electricity in this more modern age.

I started with blog posts, and in 2012 I joined online news organization Citizens Platform as an intern staff writer. For one year I wrote five reports and five copy edited stories a day, one subject matter article a week and carried out a field report for a collaborative story to be published once a month. After this, I attended a social media journalism training which was followed up with a three years freelance reporting career: picking up media fixing and stringing gig’s from BuzzFeed, the Washington Post, CCTV Africa, Danish Radio, Daily Telegraph London, and while at this, writing as a columnist for online media NAIJ, for one full year. In summary, in all these years, I was co-creating news.

It hit me in 2016 that I couldn’t write the country out of its problems or write myself out of my own increasing living expenses. So in 2016, it came as an exciting opportunity to join Reboot: an organization that was at the time carrying out a landscape analysis of the media ecosystem for Nigeria and Ghana. Also, an organization where people are turning ideas into programs that promote development. The rest of this story, which is practically the last ten years of my life, includes setting up a social enterprise and testing out some of my own ideas — learning through practice.

Time has helped to gain some new perspective. I have since worked directly with development organizations such as PIND Foundation to improve their team writing capacity through mentorship, reviewed and edited chunks of content for organizations like Action Aid Nigeria, and coordinated field research for global brands like the Engine Room. In November 2019, I started reaching out to YIAGA Africa to learn more about their work as part of my new interest into the intersection of news and development: how work around development is seen and framed, and how this influences and can influence actual development.

The document readings, short interviews, discussions with beneficiaries and other policy actors helped shape my understanding. I wrote on NewsWireNGR about some of the deepest reflections on their work that caught my attention:

Working with the YIAGA Africa team helped me connect with my moral compass. Several conversations have influenced this, key among them being that solutions journalism (white hat reporting) has worked its way into me. Focusing on ‘what is being/can be done’ is for me, more beneficial than the ‘who caused what’ types of reporting that is more common in Nigeria. The last few months also made me see how easy it is for organizations to be consumed with the volume of programs at different stages, that they are slowly removed from the opportunity to tell their own stories. This made it more interesting for me to want to tell YIAGA Africa’s story. A lot of the work by development organizations in Nigeria is directed at policy papers and reports aimed at funders, peer organizations, donors, governments and many other stakeholders beyond the beneficiaries. The effect is that less is being said about the extraordinary work that is being done across the country. Another subtle but equally negative effect is how the news keeps being swamped up with the things that aren’t working in the society, drowning the efforts of those that are.

After spending years of reflecting on the role of journalism in society beyond being the watchdog for government accountability and transparency, I deeply believe that it can equally become a tool for development and development-centered governance. What most under-developed and developing countries will require now and into the future is knowledge beyond how to point out when a thing is bad or not going well — knowledge about how to fix it. This is where news can help, by focusing not only on problems but solutions that have worked.

The years I spent as a field reporter gave me the privilege of seeing first-hand how sometimes reporting about phenomena, brings it to light in ways that it can often have unprepared outcomes. In Chibok, Borno state northeast Nigeria, global focus on the abduction of over 200 girls, also informed how their captors, a terrorist group known as Boko Haram shifted their strategy around leveraging the abducted girls against the Nigerian government.

News is important. Bad news is important. But ‘good news’ is just as important. If the media invests in only telling its audience about problems without showing them a way to solve it, then people will become more accepting of problems, and less interested in solving them. The problem isn’t only failing institutions and government systems, it’s also about what this has changed in people, and if the coming world of the media doesn’t challenge its audience, how will it cultivate a better world.

Today, in retrospect, I look back at all the processes that it took to reach this point, with a mind to contribute to ensuring this journey is better for others. Truth is sacred, but how this truth is uncovered and delivered also shapes truth. Today, I don’t see myself as a journalist. I see myself as a writer and storyteller. It is important in this new decade to tell our stories in ways that will help us more than ways that will harm us. YIAGA Africa is one of such stories. I hope that there will be more.

Tahir Sherriff is a reporter and contributor with NewsWireNGR

‘Fisayo Soyombo: The Oppression Of Victims from Ikoyi Prison to the National Assembly