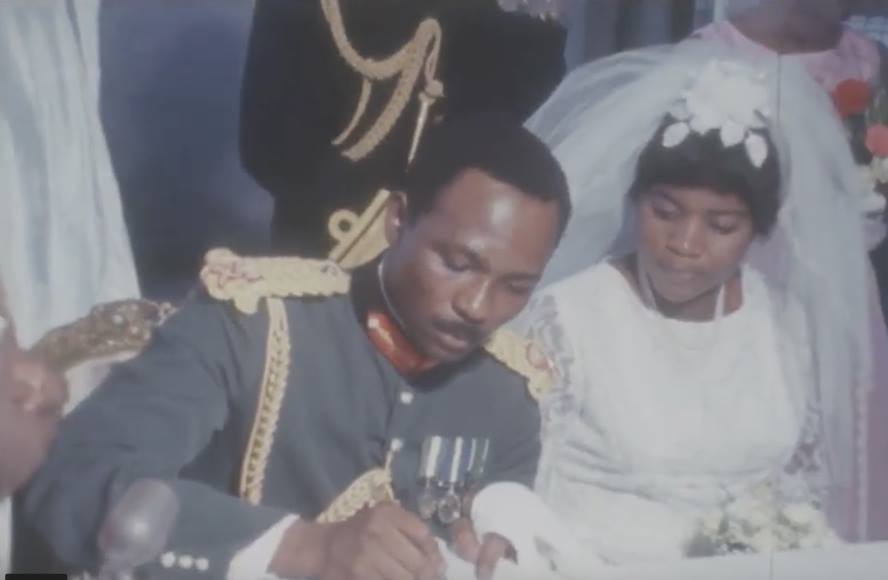 Nigeria’s youngest President is still alive today. Former military President Yakubu Gowon, was thirty one years old, and still single when he became leader of the most populous black nation in the world. Rumour was that, on some nights, he drove with the Presidential convoy to meet his girlfriend at the time – Victoria Zakari, a trained nurse. The two would later get married at a ceremony in Lagos three years later.

President Olusegun Obasanjo is praised for many great things in Nigeria, but one detail is often missed in the eulogies of his accomplishments – that he began the era of recycling old Nigerian presidents. Obasanjo’s election as President during Nigeria’s return to democracy in 1999, sparked a deep and ongoing conversation about the role of age in governance.

Age has been a complex part of governance across the world – one faction of the world’s population preferring young innovative and vibrant leaders, the other looking out for stable, experienced and conservative leadership. Malaysia’s Mahathir Mohammed is still in office as President at over 93 years of age. At the direct polar opposite is Sanna Marin, a young woman of 34 years old, currently serving as the Prime Minister of FInland.

Elections are often conducted across African country through methods lacking transparency and accountability, often ending in political gridlocks that stem development. Nigeria, began with the same challenge.  In a report on the first democratic election in Nigeria in 1999, former U.S President Jimmy Carter wrote that: “…the registration process and all four election rounds were marred, to varying degrees, by electoral irregularities, and sometimes, outright fraud…”

The Carter Centre, understood and shared the philosophy that a strong civil society, ongoing peace building initiatives, protection of human rights, and transparent and effective governance remain essential to the growth and development of every democracy.

But what really is the role of age in governance?

The last twenty years of democracy has seen Nigeria conduct five general elections. In each of these elections, a common pattern has been the exclusion and marginalization of young people as party candidates. More disturbingly, after the tedious role played by young people as party machineries, voter mobilization, election material managers, election administrators and campaign officers. They were restricted legally, using age limits prescribed by Nigeria’s constitution. Power seemed to be reserved for the old.

But a great deal has changed. Founded in 2007, YIAGA Africa began a campaign to ensure that young people were adequately represented in government across Nigeria.

The campaign titled: “Not Too Young to Run” secured a chance for the younger population by reducing the legal age required to run for political office. The legal age for running for President was reduced from 40 to 35 years, House of Representatives 30 to 25 years and State House of Assembly 30 to 25 years. This move, saw the end of an almost three decades long impediment to young people participating in politics. Why did YIAGA Africa push for it?

YIAGA Africa co-founder Samson Itodo says: “..our driving philosophy is simple, that the goal for civic activism is the common good..”

Even though not all citizens come out to vote for the common good, the organization has made it possible for more young people to vote for their kind. In the 2019 Nigerian elections, half of the voters were between the ages of 18 and 35 years of age. Half of the voters here, means over 40million people – roughly the whole population of Ukraine. Yet in spite of this, that huge critical mass was heading to the polls to decide who would rule them, between the two candidates that were twice their age.

“When we started the organization about 13 years ago in the University of Jos, the vision was to galvanize youth voices in the demand for good governance that will build a new Nigeria that works for its people” – Cynthia Mbamalu, co-founder and Director of Programs

YIAGA Africa believes that young people are a key part of this democracy. The results have been staggering – youth candidacy has grown from 21% in 2015, to 34.2% in 2019 elections. This is not the first of YIAGA Africa’s audacious governance successes.

Nigeria’s 2019 election, courtesy of YIAGA Africa, saw the use of modern-day election technology to observe the electoral process by providing accurate and timely data has revolutionized Nigeria’s electoral landscape. The organisation Believes more can be done.

Also worthy to note, is that this high number of people, will be the young population of that time – at age 30. Why do we need more young people in governance? The answer is a tsunami – risks, innovation, enterprise, youthful vigor, and more than ever, fresh ideas and perspectives about new ways that the same old things can be done. Without these socio-economic changes, the expected increase in population will further worsen the already inadequate social infrastructure.
One question to keep in mind is that: despite the fact that both candidates in the last general elections were above 70 years of age, why did this teeming mass of youths come out to vote? The answer is quite obvious – jobs.

Just before the 2019 elections, the National Bureau of Statistics put the combined unemployment and underemployment rate at a staggering 43.3%. Again, this means four in every ten of this 40million people were either unemployed or underemployed – an indication, that after four years of the current political party’s administration, there was still undeniably a hunger for the socio-economic change they had been promised. If anything has become obvious after 20 years of consistent democracy in Nigeria, it is that an election is not by itself sufficient to institutionalize democracy.

Image Credit: The source of the Image is “The Nigeria Nostalgia Project (Facebook Page).