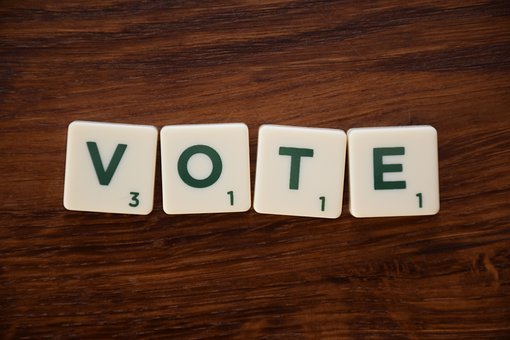 Last year ended on a scary note for democracy in Nigeria. The most vivid of the events, was the arrest, detainement, and trial of Sahara Reporters founder Omoyele Sowore – an event that gripped the nation like a Hollywood horror script. In one frame, an agent is seen lying on the floor beneath Sowore, and holding him in a tight grip. Another, standing over him signals a man in front who moves quickly in view of a dozen people, and live streaming cameras, to jab Sowore on the neck with an unknown device. The man is wearing a lawyers wig.

Sowore screams the words: “You want to kill me?”.

The crowd around responds with anguish at the events unfolding in front of them. Among the crowd: lawyers, journalists, civil society members, activists, citizens and the police. Sowore visibly loses his energy and slows down. The man below releases him. The one above drags him towards the door. They whisk him away in an armored car in front of national television. They are heading to a detention facility at the headquarters of the DSS. Everyone witnesses this raw demonstration of the use of state power, and their powerlessness in the face of it all. The most disturbing part was how everything happened in a courtroom. In the sequel to this event, the judge had been chased away by armed gunmen. Only eleven months to this incident, Sowore had picked up a ticket to run for office as President of Nigeria.

Last year left Nigeria is a deep reflection: why are political contestations so rash, raw and violent across African countries, especially since most of these countries are now democracies? Samson Itodo, Executive Director of Yiaga Africa, tells NewsWireNGR the answer lies in how elections are conducted. Samson Itodo heads the Nigeria-based nonprofit founded in 2007. Samson believes that there’s a very clear on the nexus between leadership recruitment process, governance and fragility.

“Today, the citizens in Liberia are very discontent with George Weah. In Uganda today Bobi Wine who intends to run for office cannot do so, because of the clampdown by the government – a government that is criminalizing political aspirations. The same can be said about Nigeria with shrinking civic space and criminalization of dissent. If we don’t put the people at the center of governance, then this attempt to bridge this relationship between state and citizens will be a mirage.” – Samson Itodo

Samson describes the Nigerian situation as well as those across Africa as ‘fractured societies’: “Because our elections are being typified by violence, by money politics and we don’t evolve with responsive accountable and transparent leaders. So the first pre-occupation of leaders when they get into office is about recouping the money they spent for elections or serving their own primordial and personal objectives. It isn’t about the people.”

Sowore’s arrest and detention sparked widely the state of democracy in the country, and as Samson describes exclusion that results in fragility and violence is the question how do we get better governance. The answer lies in credible elections.

Every four years, fresh political contestations among actors through elections is as usual, accompanied by violence.

In an interview with NewsWireNGR, Mr Ochu Victor currently a social development consultant speaks about how electoral violence marred his life.

“On the 18th February 2014, one year before the 2015 elections, and a few days to my wedding I stood aside my dad who was trying to park his car. There was no power supply. A car sped towards our home, and I saw a flash of light followed by multiple gun-shots. I saw my dad hit the ground. I tried to run to him, and noticed I was also bleeding multiple wounds. The person who shot at me was using a shot-gun so I was hit by pellets. My father was shot on the body, and in the head with an AK-47. Every election reminds me of this”

He was trying to get the political thugs off the streets by providing them with assistance. He was a pastor, and doing God’s work, some politicians were not happy with what he was doing. It is always disheartening to realize that people paid money to assassinate a pastor who was getting thugs off the street.”

Victor’s story confirms the problems that Yiaga Africa inherits. That is, the political recruitment process is at the heart of most political conflicts in Africa – and ensuring a better process will improve democracy and development. In the old political process, the end justifies all means and politicians are able and mostly willing to use violence to their advantage. But this is not the same situation anymore – exclusion has also the capacity to trigger its own forms of violence.

When you remove inclusion, you have leaders who simply run the affairs of state, without regards for the people. But also when people are not included, both economically and socially, you build a fertile ground for endless conflicts.

“These political positions are juicy, they come with a lot of financial benefits. A lot of people are ready to do anything to get into office – because they can often recoup the funds they spent for any of the means that helped them get there.” – Victor Ochu

There is a disturbing irony to violence and politics – young men perpetuate the violence, so that old men can continue to rule over these young people. Rights activist Isatou Bittaye comments that “Politics is often associated with age and experience, and young people are often seen as inexperienced, unimportant and cannot offer anything meaningful to societal political progress.”

In Ghana, Solomon Kusi Ampofo works with the Friends of The Nation, a development organization that is committed to enhancing active citizenship, social accountability and the  promotion of human rights. Yet, included in their work at Sekondi-Takoradi Metropolis of the Western Region of Ghana, this non-profit is also finding ways to also improve the political recruiting process. FoN facilitates debates among young people aspiring for political office and allows them to debate policies that directly affects the lives of people they will govern at the constituency level.

“We started in 2012, then we were only holding debates in one constituency. In 2016 we organized another session that saw eight constituencies. We take time to tease out all the key policy areas that politicians should focus on, and then help the people see if they are committed to these agenda during their time in office.” – Solomon Ampofo

These facilitations happen even before elections begin. Solomon and his team focus on getting people to better understand governance structures, and how to then use these details to engage politicians and service providers before even voting them into office.

Though not related on both sides of the West Africa front these organizations are touching on one fundamental truth. That the power politics have to take a different approach. Beyond this, Yiaga Africa believes that for the political process across Africa to change for the better, it has to introduce more young people into the political process. As Samson Itodo says: “Young people can no longer can no longer be spectators, cheerleaders and campaign merchants in the democratic process,”

This philosophy resulted in the ‘Not Too Young to Run’ initiative to campaign for a reduction in the age limit on those vying for political office. In May, this bill was signed into law – reducing the age limit for state legislators and those in the federal House of Representatives and state assemblies from 30 years to 25 years, and for the President from 40 to 35. The campaign’s slogan was, “If you’re old enough to vote, you’re old enough to run!”

Related Topics:electionsAfricaBreaking news
Up Next

Special Analysis: On Fake News in Nigeria; Why We Should All Be Worried