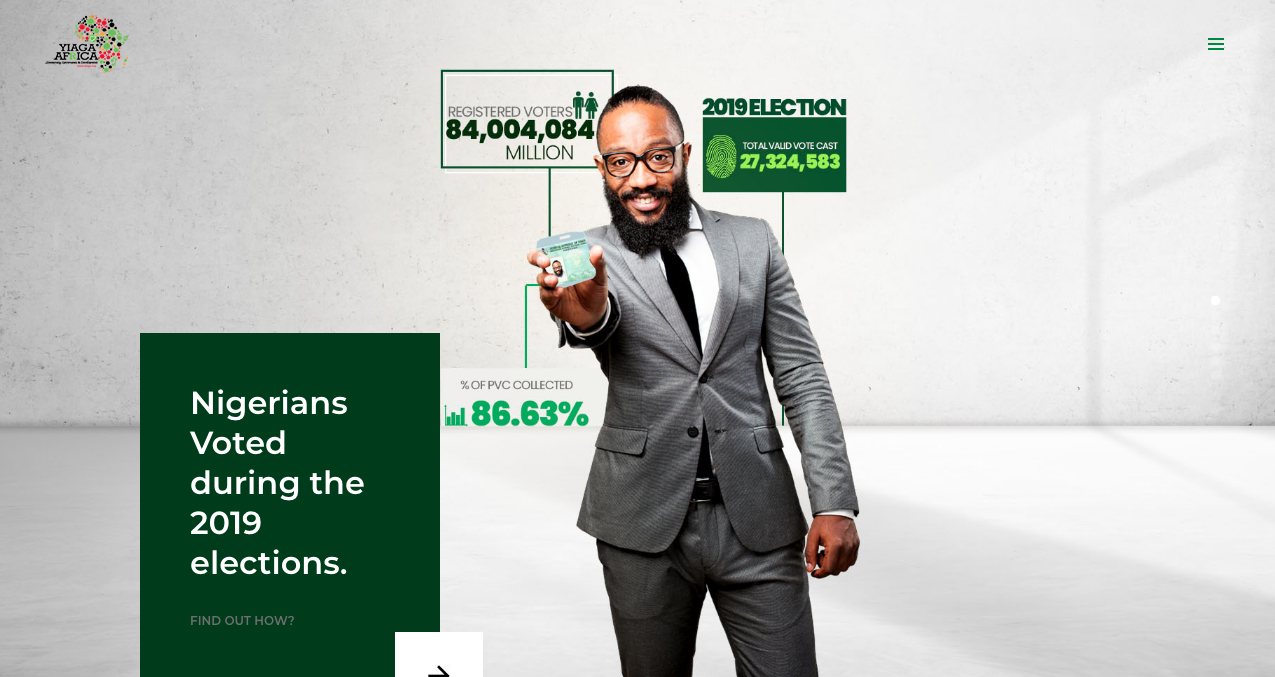 Every day, the average cosmopolitan Nigerian uses technology: An app for buying electricity from Disco’s, Uber for moving around the city, WhatsApp and Facebook for connecting with friends and family, Twitter for breaking news, and Google Map for locating places. There is, however, limited technology to help citizens regularly connect with their government.

Yet, the technology used in this context isn’t in the domain of what Space X is doing with satellites in orbit, nor Facebook’s experimentations with cryptocurrency and Artificial Intelligence. In most conversations around governance in Africa, technology is usually around: database on computers, registration equipment, the internet, mobile phones, radio, television and the use of Social Media.

In general, however, technology is increasingly taking up more conversational-space in governance. In Ethiopia and Benin, the world was agog with reports of internet shut-down during the 2019 elections. In Kenya, Liberia, Sierra Leone, and Nigeria – social media played a pivotal role in calling out injustices and accelerating engagement between electoral institutions and voters. In Nigeria, the Independent National Electoral Commission, INEC, maintained a fully responsive Twitter handle throughout the duration of the 2019 national election.

In Nigeria, the role of technology in governance is seasonal. As soon as politicians are sworn into office after an election cycle, everything starts to go wrong till the next election cycle begins: politicians become more competitive, information becomes more available, government departments become more active, and even the people become more restive – using technology to source for news about the outcomes of elections.

It didn’t take too long to figure out that If every activity was centered around elections, then perhaps that’s the best place to go if you want to shape policy. One youth organization set the pace. YIAGA Africa, a Nigeria-based nonprofit founded in 2007, has become the leading authority in the use of technology for governance in Nigeria. YIAGA Africa’s activities revolve around youth engagement, promotion of democratic governance, human rights, anti-corruption, advocacy, and policy research. Particularly, it targeted using technology to monitor elections.

The gap between those governing and those being governed is frightening in Africa. In Tanzania, as early as in 2012, 97 percent of rural children were without birth certificates – a mobile birth registration system, funded by UNICEF in collaboration with the Tanzanian government is changing that statistic.

YIAGA Africa understands a fundamental truth of our time – unlike during the gun-powder and industrial revolutions over a hundred years ago – power, in this century, is in the hands of those who have information. YIAGA Africa, is a store-house of elections data. In the 2019 elections, voter participation through the use of the WatchTheVote project deployed by YIAGA Africa.

Yiaga Africa Watching The Vote leverages technology and statistical principles for election observation. Citizen observers are deployed to a random sample of polling units where they use their phones to send coded text messages on the process and results to the Watching The Vote data center for analysis and reporting. This methodology is called Parallel Vote Tabulation, a gold standard for election observation. Using this methodology, Yiaga Africa is able to verify the accuracy of official results declared by the electoral commission or expose any fraud like it did in the recent Bayelsa governorship elections

The key challenge for the role of technology in governance is how to build, and then equip citizens with the tools to engage their governments, and in the same vein, how to make governments more responsive to its people. Press briefings, News Feeds, and breaking news on government decisions do not appeal to the people anymore – people want to be a part of these processes.

In Nigeria, the Senate is sitting on a Social Media Bill. Every politician sworn into office has appointed one aid on social media to help him/her manage their new responsibility around the use of Social Media. In Tanzania, these changes are affecting human lives directly. The system is not only affecting people’s lives—as registration is tied to access to higher education, voting, and other services—it’s also changing the way the government works, using real-time data to allow for more effective short and long-term planning in service provision.

YIAGA Africa’s participation in elections has scaled up. There is value in its approach to asking for transparency and accountability through election monitoring – even though technology seems to have infiltrated the most ordinary tasks, connecting with family, ordering a meal, calling a taxi to take you long-distance, or booking a flight – elections seem to remain relatively untouched by technological advances. Trust is declining as increasing profound political divisions and growing distrust between citizens and their governments indicate that transparency, accuracy, and credibility are more important than ever.

Electoral reform has remained ongoing, and Nigeria has this year, enjoyed a 20year uninterrupted democracy. Nigeria is accused of having many problems, none has shown an ugly outcome such as the crisis that spring out from elections across the country. Technology can help with providing the tools to address elections, and it is being leveraged. This year, YIAGA Africa called for the cancellation of elections held in Kogi State, Nigeria. On ground data sourced by its observers led to the call.

YIAGA Africa’s efforts indicate that there is still a need for electoral improvements. In one line, Nigeria does not have the data it needs to make decisions. Nigeria, like many other countries in Africa, is suffering from a shortage of information, and technology can come to its rescue: YIAGA Africa, understands this.

Tanker loaded with 33,000 litres of petrol burns on Otedola bridge