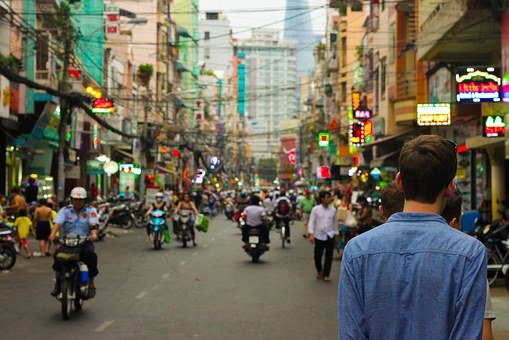 India, China and Myanmar are three Asian countries currently engrossed in carrying out physical and cultural genocides on their Muslim populations. While the plight of Rohingya Muslims and Uighur Muslims is well known, the recent introduction of a new law expressly aimed at dispossessing Muslims of Indian citizenship has alerted many to the reality that India’s ruling BJP government sees itself as Hindu first and foremost.

Questions such as “Why aren’t the rich Arab countries saying anything?” have come up, with the implicit inference that Muslim-dominated countries are supposed to stick up for Muslims everywhere in the world. Others have pointed out that despite suffering oppression in some parts of the world, Muslims are also responsible for brutal acts of oppression against other minority groups elsewhere, which allegedly negates the sufferings of the prior group.

In this article, I will pick through these questions and viewpoints with a goal of isolating some useful truths about how religion, geopolitics and human nature constantly interplay and produce much of the world around us.

Oppression is a Matter of Perspective

Which religion is the most oppressed? I like to troll my Christian friends with the image below whenever the topic comes up about some religion or the other allegedly imposing its will at their expense.

The truth is however, that this image could apply to just about every religion on earth. As a general rule of thumb, the only limiting factor on whether or not a religion functions as an oppressive tyranny in a particular jurisdiction is the proportion of the population that practises it there. Similarly, the only thing stopping any religion from being an oppressed and downtrodden identity is whether it is a small enough minority for that to be possible.

While Muslims in India, Myanmar and China are going through untold degrees of horror because of their religious identities, Muslims in places like Bangladesh, Indonesia, Afghanistan, Malaysia and Northern Nigeria are simultaneously visiting very similar horrors on Bah’ai, Shia Muslims, Christians, Budhists and other minorities in those areas. It turns out that the mere fact of belonging to a religious identity does not in fact, confer unrestricted global victimhood.

This point is important because it disproves the notion held by every major religion that its adherents follow a single set of standards and do things in the manner of a global “brotherhood.” In reality, Islam according to a Rohingya Muslim hiding from the Burmese military, and the same religion according to an itinerant herder in Kogi State bear almost no similarity to each other save for the most basic tenets. Environmental factors in fact have a bigger influence on how religions are practised than their own holy books.

The current antics of India’s ruling BJP and its Hindu fundamentalist support base provide an important case in point as to how this works. Looking at the evolution of Hinduism from a passive philosophy into an openly militant ideology gives an important insight into how religion is in fact, a thoroughly contrived and amorphous set of ideas that can be changed, adjusted, aligned and revised at a moment’s notice in justification of anything at all.

Hinduism traditionally sees itself as a religion of thoughtful, considered spirituality as against the angry dogmas of its Abrahamic neighbours, but something interesting is happening. Some argue that it started in the days of Gandhi, and some ascribe it to current Prime Minister Nanendra Modi, but whoever started it is a side note. The key point to note is that based on political factors, i.e anticolonial senitment against the British and anti-Muslim sentiment fueled by India’s national rivalry with Pakistan, Hinduism has somehow been coopted into the narrative of a jingoistic, monotheistic, mono-ethnic state which is  historical nonsense.

India has always been a pointedly pluralistic society, and in fact the geographical area now known as “India” does not even cover the geographical area of the India of antiquity. That India was a place of Hindus, Budhists, Muslims, Zoroastrians and everything in between. Hinduism never saw a problem with pluralism because Hinduism itself is a very plural religion – it has at least 13 major deities. The conversion of the Hindu identity into a political identity movement is a recent and contrived phenomenon first exploited by Gandhi as a means of opposing British colonialism, and now by Modi to oppose the Pakistanis/Muslims – it is a historical falsity.

The creation of Hindu fundamentalist movements like the RSS (which PM Modi belongs to) is something done in response to environmental factors. Spectacles like the RSS march below are evidence of yet another religion undergoing constant and ongoing evolution into whatever suits its purposes.

Something similar happened when medieval Europe turned into colonial Europe and European Christianity transitioned into a peaceful and pacifist ideology after centuries of being a bloodthirsty doctrine. The environmental factors that created the Crusades, the Spanish Inquisition, book burnings and witch hunts went away with the introduction of an industrial society, and thus the religion too transitioned.

In plain English, what all this means is that nobody actually practises a religion in the pure sense they imagine they do. Everyone who subscribes to a religion merely practises a version of it that is subject to the culture and circumstances of their environment and era. This is directly connected to the next major insight raised by these events.

Geopolitics is all About Self-Interest…Everyone Gets it Except Africa

While anti-Muslim violence has continued apace for years in China, Mynammar and India, the question has often been asked: “Why are the wealthy Arab nations not saying anything?” There is a perception that since the Arabian peninsula is the birthplace of Islam and Arabs – particularly Saudis – are viewed as the global gatekeepers of the faith, they must be at the forefront of promoting the interests of Muslims worldwide.

To many, the fabulous wealth and international influence that Saudi Arabia, Kuwait, Qatar and the UAE enjoy, in addition to the presence of two of Islam’s holiest cities – Mecca and Meddinah – in Saudi Arabia, means that they have a responsibility to speak for the global Muslim Ummah and stand up for them when they are unfairly targeted and mistreated. Unfortunately for such people, the wealthy nations of the Arab Gulf region tend to respond to such questions with little more than an irritated silence – and with good reason.

To begin with, these countries are not democracies led by the wishes of their almost uniformly Muslim populations. They are autocracies led by royal families who came to power in the colonially-influenced 20th century scramble for power and influence. Saudi Arabia, which houses Islam’s holiest sites, is named after the House of Saud, its royal family which came into power in its current form at the turn of the 19th century. The priority of the regimes in these countries first and foremost is self-preservation.

Self-preservation means that before throwing their significant diplomatic and economic weight behind any attempt to help out fellow Muslims, the first consideration is how doing so will benefit them. India for example, is a country that has close diplomatic ties with the UAE, and supplies most of their cheap labour for construction and low-skilled functions. India has even coordinated with UAE special forces to repatriate the dissident Princess Latika when she made an audacious escape attempt in 2018.

What does the UAE stand to gain if it napalms its diplomatic relationship with India by criticising Modi’s blatantly anti-Muslim policy direction? It might win a few brownie points with Islamic hardliners and possibly buy some goodwill among poor Muslims in South Asia, but how much is that worth? The regime and nation’s self-interest is best served by looking the other way, so that is exactly what they will do.

The Saudis make a similar calculation. At a time when they are investing heavily in military hardware to keep up with their eternal rivals Turkey and Iran, and simultaneously preparing for the end of oil by liberalising their society and economy, does it pay them to jump into an issue in India that does not particularly affect them? As the status of their diplomatic relationship with the U.S. remains unclear following the Jamal Khasshoggi incident, are they going to risk pissing off the Chinese because of Uighur Muslims?

In fact self-interest like that mentioned here is the basis of the considerations that underpin all international relations. Well I say “all,” but what I really meant to say was “all except African countries.” It is only African countries that take diplomatic decisions based on little more than flimsy emotions and feelings of religious affinity. Gambia for example, has dragged Myanmar before the UN and filed a genocide case against it on behalf of the Rohingya Muslims.

This would be commendable and great were it not that Gambia itself is hardly a human rights luminary, and generally has little business fighting an Asian battle when its own worse African battles lie unfought. The only thing Gambia stands to gain from fighting a diplomatic war that the rest of the world seems unwilling to touch is the temporary goodwill of a few Muslims in Asia and around the world – goodwill that cannot translate into something tangible for it.

To coin an aphorism from social media lingo, you could call it ”diplomatic clout chasing.’