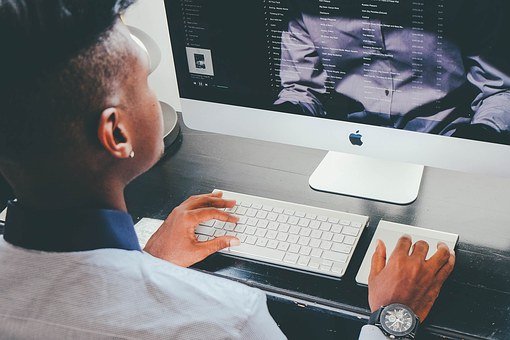 In July 2016, having just resumed a new job at an e-commerce startup on Victoria Island, I witnessed the bizarre spectacle of my new colleagues carrying out a collection for a delivery driver. Bizarre because he was not bereaved, incapacitated, in family difficulty or otherwise disadvantaged in any way. He had however suffered deductions from his N50,000 monthly salary until he was apparently in debt to the company.

Said company had a completely unrealistic same-day delivery guarantee to its customers, and its way of achieving this goal was not to create a more efficient delivery system or disrupt the infrastructure of delivery in Lagos. Its route to the paradise of customer satisfaction via same-day delivery was to fine delivery drivers N5,000 for each missed delivery target. Motivated by the Damoclean Sword of having their salaries slashed if they didn’t make it, these drivers were to furiously navigate the famously well-maintained and traffic-free roads of Lagos and help the company achieve its stated 20 percent monthly growth target.

Solving Problems – But For Whom?

A few weeks ago, an analysis I wrote about Jumia sparked a conversation about exactly what tech should ideally exist to achieve in Africa. On the one hand, there is a popular narrative about tech as the industry that has disrupted the way we transact business and transport ourselves, which is certainly true. In Q2 2019, ICT contributed 13.85 percent to Nigeria’s GDP, up from 11.22 percent in Q2 2018, which underlines how influential this burgeoning industry is.

On the other hand, as encapsulated by the travails of the pre-IPO iteration of Jumia, the practise of running a tech operation in Nigeria can be as malign as it can be positive. The key problem with the tech space in Nigeria is not an infrastructural or regulatory one. It is a cultural problem – a culture of extreme, obnoxious selfishness and greed that encourages participants to act like predators and throw all other stakeholders under the bus.

In Jumia’s case, those stakeholders were investors, suppliers and employees – especially employees. Unfortunately, “Jumia culture” has percolated into the general ecosystem and affected at the most basic level how many tech entrepreneurs and organisations do business in Nigeria. In 2016, while working at the afore-mentioned startup, I got a first hand glimpse of how employees were to be utterly rinsed in a rigged game of cards.

Apart from effectively subsidising delivery failure risk using employee salaries, the most basic operating costs were borne by employees. Marketing ,analytics and IT employees were to use their own laptops to do company work, and Operations employees were to fuel and maintain the delivery vehicles themselves. Allegedly the idea was that after five years, the company would gift the cars to the drivers who could then set about building their own small transport businesses. In reality, all this did was outsource operating costs to drivers who would never ever own the cars because they rarely made it to six months there before moving on or getting fired.

The company thus also got to remove the cost of asset depreciation off its books by outsourcing as much operating capital cost as possible to its employees. It did this while making sure to squeeze as much productivity as possible out of its staff – 8.45AM resumption was non-negotiable, but closing times essentially did not exist in any conventional sense. The company also paid staff in the middle of the month, as against at the end, which I heard was supposed to make it more difficult for staff to leave. Despite this, the annual turnover rate by my reckoning approached something like 60 percent.

The culture of casual disrespect and exploitation within Nigeria’s tech space is so pronounced that a group of industry insiders recently got together to produce a spreadsheet detailing the interview processes of some of Nigeria’s best known IT companies. The results were not great.

The exploitation doesn’t only point downward at employees though, because investors are not spared. A growing number of startups are now explicitly conceived with the intention of raising money to fund the founders’ personal lifestyles under the guise of solving a problem. Explaining how this scam works, Telnet Nigeria Group Executive Director Adewale Adetugbo says:

“Tech should exist to solve a problem profitably. However there are different kinds of problems…

So if, as a founder, the problem I  am solving is how I can look “good” and raise money so I can be on max enjoyment, I would behave differently from a founder who is actually trying to hopefully solve a problem that would ultimately be profitable. The fact is this, almost all startups fail, however founders believe that is the other guy and not them. There is a lot of money (relatively) that has found tech sexy in Nigeria.  If you raise $5M, do you give a toss what the street thinks as you move into your serviced flat in Lekki?”

Founder Institute Lead Director, Wande Adalemo believes that the entire tech ecosystem in Nigeria has been fundamentally compromised by the activities of startups with no clear vision and founders without a sense of responsibility toward their investors or purported market.

When tech personalities see the industry as nothing more than a special purpose vehicle to obtain quick wealth, it also follows that they will fall in line with the entity that is most likely to make such overnight riches available – the government. In pursuit of government contracts, handouts and favours from politicians, a number of young Nigerian tech founders are willing to use their organisations to carry out marketing and PR functions for people in power, as against delivering on their purported core business mandate.

A prime example of this is the eagerness of Nigerian tech industry personalities to endorse Rwandan dictator Paul Kagame, by cosigning his fictitious public image of Rwanda’s economy and growth prospects. Attracted by Kagame’s sugar daddy deals and partnerships that essentially pay them to open shop in Kigali even if they are not actually doing any work there, a significant number of these personalities have become loud evangelists of a purported economic and infrastructural miracle that is simply not happening in what is one of the world’s most heavily policed and brutally repressed countries.

Actual statistics from the World Bank show that in stark contrast to the glitz and glam, Rwanda is in fact significantly poorer than its neighbours, more dependent on foreign aid than they are, performing worse in education and attracting FDI than they are, and struggles with poor infrastructure and an economy dominated by interests linked to the ruling regime.

When I wrote a recent viral exposition on the true state of Rwanda – an article that made me something of a cause-celebre in the country – a young Nigerian tech founder who is a beneficiary of Kagame’s pork barrel spent more than 24 hours following me around with the Twitter equivalent of a Sunday sermon urging me to accept Mr. Kagame as my Lord and personal saviour.

Driven by their own egos, hubris, greed and need for validation from the likes of Kagame, young Nigerian tech founders who ideally should be among those leading the charge for Africa to open up to the world and become a more democatic space, are now among the primary evangelists for some of Africa’s most notorious tyrants. What is more, this problem of Nigerian tech lending itself to governments as a PR tool extends beyond endorsing dictatorships in far-flung corners of the continent. Back home in Nigeria, there is a similar problem.

Speaking to NewsWireNGR, a tech Analyst and Lead revealed that in his view, the Office of the Vice President has enabled “tech” to become the new nexus for unaccountable pork barrel expenditure while ostensibly providing funding for the ecosystem to grow.

Ultimately, there is no solution to human greed, selfishness or hubris, which is why it is unlikely that the status quo will change anytime soon. As long as long as investors without due diligence and governments looking for unearned influence continue to exist in the African landscape, there will be more of these stories. For the benefit of those who actually believe in the tech industry as a long-term driver of broad-based growth and prosperity in Nigeria, it is important to point out that the current situation is not normal.

None of this is normal.

The Curious Story of a Dead Nigerian Billionaire’s Missing Body

Special Report: The ‘beatification’ of area boys in Nigeria