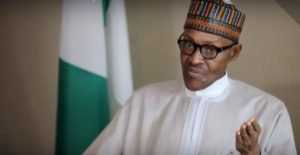 TheCable Newspaper is reporting that, Kehinde Olaosebikan, former chief press secretary to Lam Adesina, an ex-governor of Oyo state, has recounted how President Muhammadu Buhari led a delegation to Oyo to protest the killing of herdsmen, in 2000.

In an article published by Vanguard, Olaosebikan said Buhari, who was accompanied by Buba Marwa, a former military administrator of Lagos state, informed the late Adesina that he was leading a team to his office.

The writer said Buhari and those in his team made it clear to the people who received them that they were unhappy.

“They all wore long faces. In fact, the anger in them was palpable as all pleasantries extended to them were ignored. ‘This is trouble’ was the expression on the faces of all of us in the governor’s office,” Olaosebikan wrote.

The writer said apart from those who followed Buhari, secretariat of the government house was taken over by people of northern extraction.

He said Buhari “emitted fire” while accusing the government of Oyo state of complicity in the killing of over 68 Fulani people in the Oke Ogun area of the state.

Below is the article:

I will transmit a story of how he disciplined a former military Head of State and prevented what could have led to the Nigerian second civil war.

It was on 13 October 2000, when words went round that General Muhammadu Buhari was leading the Arewa team to the governor’s office to confront the state over alleged killings of Fulani cattle rearers in Saki, Oke Ogun Area of the state. Buhari did actually telephone the governor that he was leading a team to his office.

In less than 30 minutes after the general informed the governor of his visit, we noticed that the entire secretariat was already filled with lorry loads of our brothers from the North. This created some tension but we kept our calm. At about 2 p.m., Buhari arrived in a long convoy at the governor’s office in company of the former governor of Lagos State, General Buba Marwa, Alhaji Aliko Muhammed, Alhaji Abdulrazak and Alhaji Hassan. They all wore long faces. In fact, the anger in them was palpable as all pleasantries extended to them were ignored. “This is trouble” was the expression on the faces of all of us in the governor’s office.

Shortly afterwards, the state Director of State Security Service (SSS) and Commissioner of Police arrived. But their presence did not change anything particular on the fears that had already gripped majority of us. The two security chiefs did not come with any operatives, they came almost alone.

The meeting was called to order after Lam walked into the Executive Chambers. Introductions over, Buhari spoke on their mission to the governor’s office. Emitting fire, the general accused Lam and the government of Oyo State of complicity in the killing of over 68 Fulani people in Oke Ogun area and perversion of justice.

His words: “Your Excellency, our visit here is to discuss with you and your government our displeasure about the incident of clashes between two peoples… the Fulani cattle rearers and merchants are today being harassed , attacked and killed like in Saki. In the month of May, 2000, 68 bodies of Fulani cattle rearers were recovered and buried under the supervision and protection from a team of Mobile Police from Oyo State Command.

“ That some arrests were made by Oyo State Police Command in the massacre with their immediate release without court trial. This was said to have been ordered by Oyo State authorities and they were so released to their amazement. The release of the arrested suspects gave the clear impression that the authorities are backing and protecting them to continue the unjust and illegal killings of Fulani cattle rearers…”

According to the general, they therefore wanted immediate stoppage of the killings, justice and compensation to the Fulanis.

As weighty and indicting as Buhari’s allegations were, Lam remained unperturbed. He fired back with his own well coordinated arsenals.

Lam identified all the points raised by Buhari and simply asked the heads of the organizations directly involved to respond to the allegations.

First to speak was the Commissioner of Police who debunked all the claims. Instead of the allegation that the natives were killing Fulanis, the commissioner said pointedly that the opposite was the case.

“ The killing of the natives by the Fulanis was duly reported to the police and, of course, we can’t make arrest because, as soon as they kill, they migrate to other areas. Who are you going to arrest? That is the problem”. On the killing of Fulanis, which he said was as result of “piled up anger”, the commissioner disclosed that arrests had been made and the suspects were in police custody.

Next was the Director of SSS, who equally debuked the allegations by Buhari. “The natives don’t have problem with the Fulanis who are resident but those who are coming in, they don’t care about anybody. They just go ahead and when they graze the natives farms, whoever cares to challenge them runs into trouble. You said 68 people were killed , and people driven away. I am not saying there were no killings but they cannot be more than five. The petition is on the harsh side, there is nothing like that.”

Not done yet, Lam called in his Deputy, Barrister Iyiola Oladokun; his SSG, Chief Michael Koleoso, both from Oke Ogun, and the chairman of one of the affected local government areas, Mr Ademola Alalade. They stated the true position of things, corroborating the submissions of the security chiefs. At this point, all the tensions and apprehensions evaporated.

Trust Lam any day, he must rub it in. He spoke for about 20 minutes and the generals were at the edge of their seats for the entire period. They were like chicken that had just been thoroughly beaten by the rain.

Lam said: “Before I thank you for this visit, you have come to tell me something. I also want to tell you something and that something is to make an appeal. General Buhari has been a former Head of State, Brigadier Marwa has governed Lagos for some time and with credibility… so you are national leaders of this country. Even though, by accident of birth, you are from the North, you can be born anywhere; may be next time when I am coming to the world, I will be born in the North or the South-South.

“My appeal will be that effort must be made to unite this country and that will be ïn the best interest of all Nigerians. I am appealing to the Arewa Consultative Forum, under which auspices our distinguished Nigerians are here; in recent times, they have been sending wrong signals to a number of us who believe in the unity and peace of Nigeria; you have been too critical of the efforts of the Federal Government. I am saying this because Nigeria, at this point, cannot afford to break and the words you northern leaders utter are very weighty, at the South here, we normally analyze them critically”.

On all the allegations, he said: “From what they have written in the petition, this government is completely blameless because we don’t interfere either with the judiciary or with the police functions. I always preach peaceful co-existence in Oyo State and Nigeria as a whole. We are all Nigerians and that is what we have been preaching all along and we shall continue to be Nigerians , no matter the present or immediate problems which will be solved by the grace of Allah.

“I want to say also that we really have to appeal to our people, the itinerant Bororo people, that they should observe less aggression. It is not good , it is not right just coming from somewhere then you just pass through farm lands cultivated may be with the person’s life savings and then over night everything is gone. That is not right, even Allah does not approve of that.

We even wonder when they talk about this people carrying dangerous weapons, I say do they really believe in Allah? When you just take life like that and go away! Are we not forbidden not to take human life? So I think General Buhari, General Marwa, you have to be educating them… It is my pleasure to inform you that at the Presidential Lodge, we have made some arrangements for refreshments so that before you go we can refresh together”.

Buhari and his team did not wait for any refreshments. They came in angry and left bewildered. ADIEU! GREAT LAM!

As Violence Erupts In Makurdi, Curfew Imposed On Motorcyclists In Benue