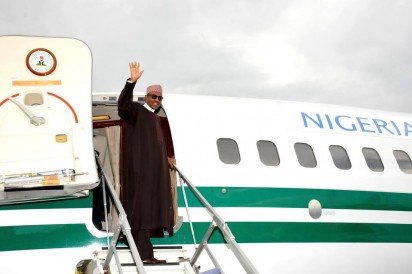 The Presidency said on Tuesday that a little above N2 billion and not N6 billion has so far been expended on maintenance of the presidential fleet between May 2015 and now and that the amount include salaries and repayment of old debts.

In a statement in Abuja on Tuesday, Garba Shehu, the Senior Special Assistant to the President (Media and Publicity expressed frustration at what he described as a fictional report that has caused the government a lot of negative reviews, especially in the online media.

Shehu said: “The government is focused on solving the many major issues our country faces in the areas of the economy, corruption and security; yet, almost every week, the Presidency has to also deal with the distractions which do nothing but distract from the task of government.”

According to him, this includes releases for personnel cost, overhead and capital expenditure out of the N5,190,381,386.00 appropriated for PAF in the 2015 budget.

“However, the sum of N149,062,791.12 was transferred from the PAG’s operation account to the Treasury Single Account, following the President’s recent directive,” Shehu said.

Furthermore, N500 million was refunded to the office of the National Security Adviser for financial support rendered to the Fleet prior to the release of funds from the OAGF.

Shehu said further in the statement: “Any of these documents could have been made available had the newspaper reached out to me or to any one of my colleagues. The damage to the image of government and the good management of the Presidential Air Fleet could have been avoided.”

The Senior Special Assistant also put the number of aircraft in the presidential fleet at 10 and not 14 as cited by that report.