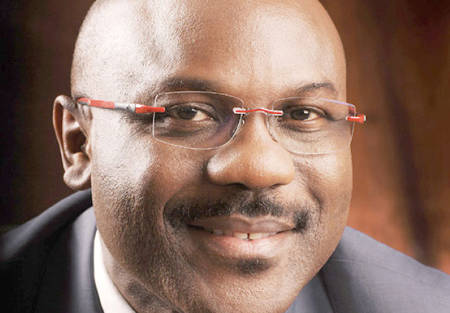 SystemSpecs, a technology firm that has managed transactions for the Nigerian Government’s Treasury Single Account (TSA) has stated that those who would no longer be able to steal government funds were behind recent attacks on the firm.

The company’s Remita payment system was introduced to handle transactions involving government funds, which are now lodged in a single account.

At a meeting yesterday with reporters in Lagos, an official of SystemSpecs told Saharareporters that most of the issues raised in the media regarding Remita were aimed at pulling down the system. The firm alleged that the critics’ ultimate aim was to stop the use of the TSA altogether.

In the briefing, company executives told reporters that negative comments about Remita were deliberately provoked by some interests, including politicians, who view the TSA program as a threat to their ability to rake in large sums of public funds.

The firm denied that former Governor Bola Tinubu of the Lagos State or his wife were shareholders in the company. Instead, the company stated that their board was composed of young professionals, including a banker and former Nigerian ambassador to the UK, Christopher Kolade.

The company also stated that it was not responsible for fixing charges on transactions. However, the company declined to comment on the recent recovery of some funds from them by the Central Bank of Nigeria claiming the purpose of the interaction with the media was to familiarize reporters and the public with the company’s profile as well as its products and activities, adding that it was not an occasion to respond to allegations raised in the media about Remita.

“We do not want to dishonor the Senate. They have raised this issue and we are preparing our adequate response. Once that is done, we shall let you have it,” said SystemSpecs’ Managing Director, John Obaro.

In a brief interview after the official media briefing, an official of SystemSpecs said the firm’s reluctance to engage in a public sparring with legislative critics was “to avoid triggering a clash between the federal lawmakers and officials in the executive branch of government.” He added: “Some people in the government are deliberately bringing all these up. They simply want to hit at Remita. But their ultimate goal is to stop the TSA because it will affect them.”