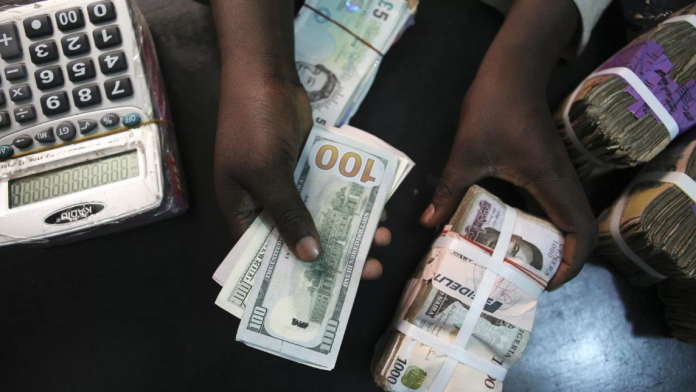 The naira crossed the 400-per-dollar mark on Wednesday to trade at 402 to the foreign currency at the parallel market.

The naira, which traded around 396/$1 on Tuesday, depreciated rapidly on Wednesday after the ban of nine banks from all foreign exchange markets in the country.

TheCable reports that on Tuesday, it became public knowledge, that the Central Bank of Nigeria (CBN) had banned nine deposit money banks from the foreign exchange markets.

The banks were prohibited from the forex markets for hiding over $2.1 billion belonging to the Nigerian National Petroleum Corporation (NNPC) from the Treasury Single Account (TSA).

Baba Ibrahim, a bureau de change (BDC) operator, who spoke to TheCable, said the market was reacting to the information.

The CBN had said anyone who defaults either the TSA guidelines, or the forex market guideline would pay for it.

“The CBN may take action against any FXPD that fails to comply with the standards set forth in these Guidelines. Such action will vary depending upon the type of non-compliance, but may range, for instance, from fines, suspension from any or all FX operations for a period of time to termination as an FXPD,” CBN had said.