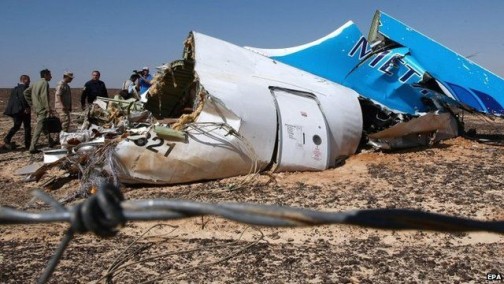 Investigators of the Russian plane crash in Egypt are “90 percent sure” the noise heard in the final second of a cockpit recording was an explosion caused by a bomb, a member of the investigation team told Reuters on Sunday.

But the Islamic State group’s affiliate in Egypt claimed it had downed the Russian plane. “The soldiers of the caliphate succeeded in bringing down a Russian plane in Sinai,” said the statement circulated on social media reports but denied by the Egyptian government.

“The indications and analysis so far of the sound on the black box indicate it was a bomb,” said the Egyptian investigation team member, who asked not to be named due to sensitivities. “We are 90 percent sure it was a bomb.”

Asked to explain the missing 10 percent, the investigator said: “I can’t discuss this now.”

Islamic State militants fighting security forces in Egypt’s Sinai Peninsula have said they brought down the Airbus A321, which crashed 23 minutes after taking off from the resort of Sharm al-Sheikh a week ago en route to St Petersburg, killing all 224 passengers.

Egyptian officials say they are examining all possible scenarios on what could have caused the disaster but have cautioned against jumping to conclusions.