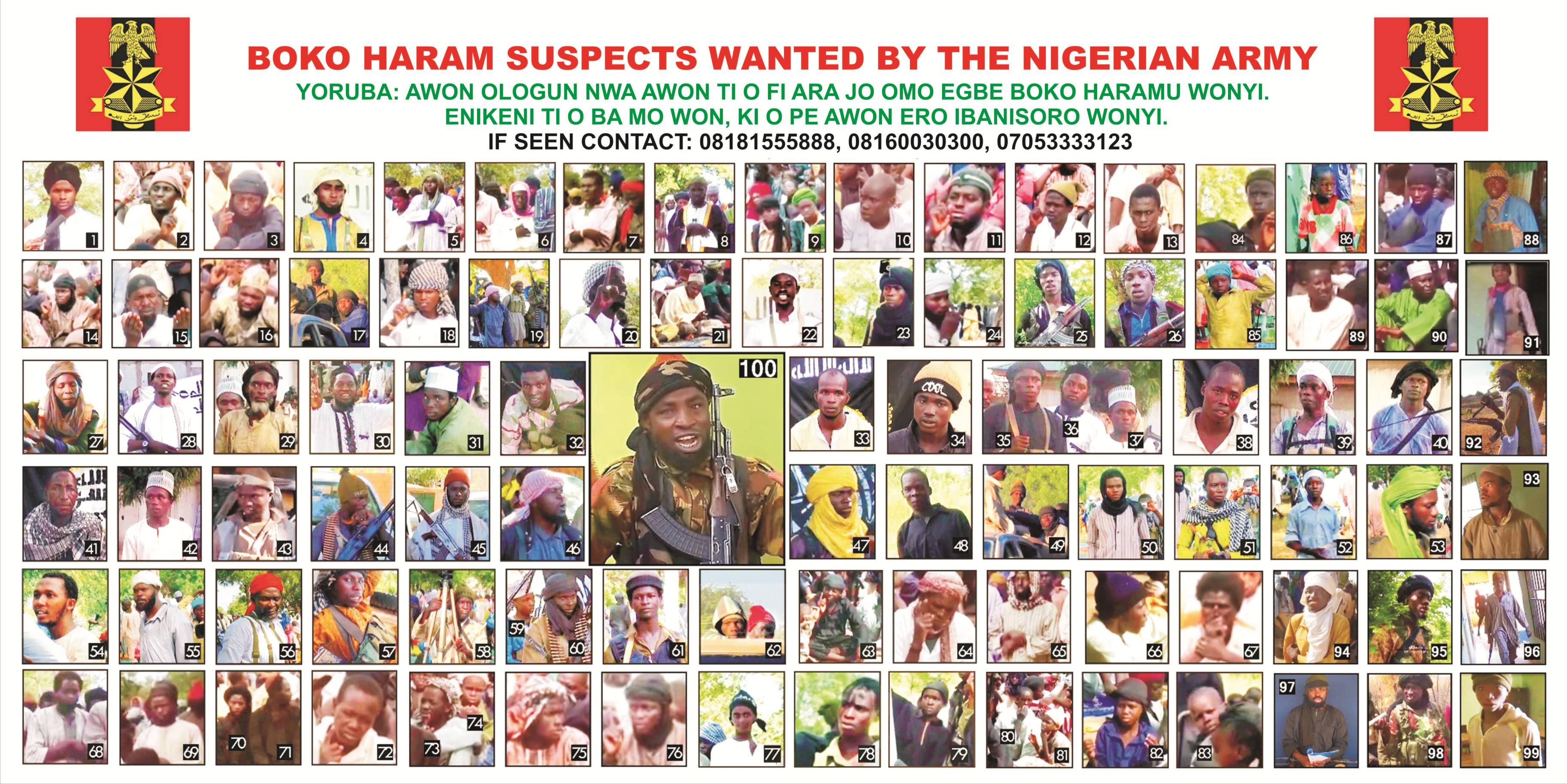 The Army Spokesperson, Colonel Sani Usman Kukasheka said the photographs of 100 suspected Boko Haram terrorists was to enable the public to assist with information on the suspects.

The military is therefore asking members of the public with information about any of them to report to security agents.

It was gathered that the pictures were gathered from various sources including video footages seized at overrun camps, surrendering terrorists and other sundry sources.

An intelligence source said: “Some of the suspects were actively involved in grievous atrocities against humanity from the recovered footages and testimonies from survivors and captured terrorists.”