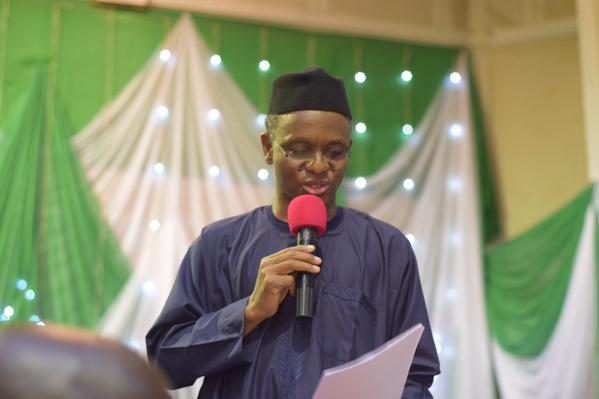 Kaduna State Governor, Malam Nasir El-Rufai yesterday went into an outburst when some critics faults his political appointments so far describing it as lopsided.

Vanguard Newspaper at the event reports that El-Rufai who visibly lost his temper while answering questions from stakeholders at the 4th town hall meeting with Kaduna Central, otherwise known as zone 2, said he could not give appointment to persons that did not vote for him during the last governorship election, adding that anyone that was unhappy about it could go commit suicide.

Recall that El Rufai has been criticized for severely for appointing his close friends, including none indigenes of Kaduna state, and also his family members into plump positions in the state.

The criticism became a barrage last week with the nomination of his cousin, Hadiza Shamsudeen, as the Minister from Kaduna state.
His words: “If you are not happy with appointments made, you can go and climb Kufena mountain, fall and die.

“It was what you voted that you got, because we are aware that there are people who did not vote for us, in fact they worked against us.

“But now they claim to be APC members and loyal to the party. We know such people. And so there is no way they would expect anything from us.