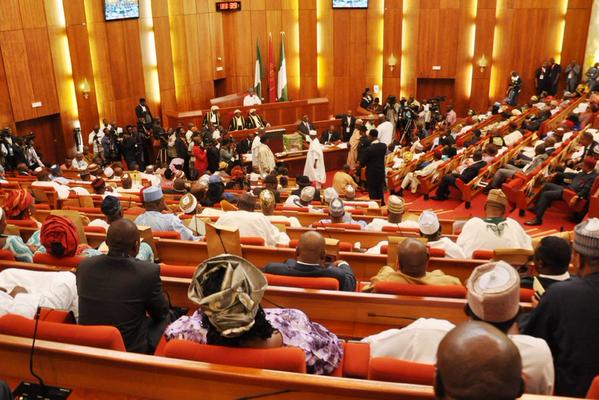 The Senate on Wednesday deferred the screening of minister-nominee Rotimi Amaechi to Thursday.

The development followed the inability of its Committee on Ethics, Privileges and Public Petitions to submit its report on the petition against Mr. Amaechi.

The Chairman of the Committee, Sam Anyanwu, while briefing the senate, said that the committee could not meet on Tuesday following the late adjournment of plenary.

Mr. Anyanwu said that as at the time of adjournment of plenary, most of the members of the committee were “too tired to meet”.

He promised that the committee would meet on Wednesday so as to finalise the report on Mr. Amaechi and submit it on Thursday to enable his screening.

The development reduces to nine, the number of minister-nominees to be screened on Wednesday.

Among the nominees to be screened are Chris Ngige, former Lagos governor Babatunde Fashola and Ibe Kachikwu.

Mr. Amaechi’s nomination is being opposed by “Integrity Group”, which petitioned the Senate alleging that Mr. Amaechi had not answered questions on alleged financial misappropriation when he was governor of Rivers state.

Although the Committee met on Monday, they could not deliberate on the petition as the allegations contained in the petition were said to be before a court of competent jurisdiction.