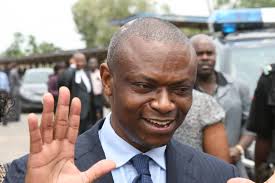 The Economic and Financial Crimes Commission (EFCC) had arraigned Atuche, his wife Elizabeth and Ugo Anyanwu, a former chief financial officer of the bank, for stealing the said sum.

Atuche had denied the theft, saying as a devout member of the Catholic Church, he could not indulge in such unwholesome practice.

In his ruling, Lateef Lawal-Akapo, the presiding judge, held that there was no evidence to prove that the accused stole the money.