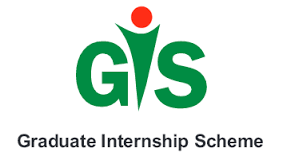 There is a sense of purpose that comes when one contributes to the success and growth of another individual and Elijah Omijie, a 29-year old IT engineer feels responsible for the innervation of interns who have passed through him.

As Project Manager of the Graduate Internship Scheme at his former employers, Web Data Technologies, he ensured that quite a number of graduate trainees were adsorbed into the scheme.

Now working with telecoms giant MTN, he recalls with a smile on his face the sense of pride he felt while training young people. Many of them have gone on to be gainfully employed with other organizations based on the experience they acquired under his tutelage.

According to Omigie, “I felt like I was actually influencing someone else’s life positively, and I’m sure if not for anything, those people that worked under me will remain grateful to the present administration for giving them a chance to harness their skills”.”

Launched in October 2012 as a social safety net component of the Federal Government Subsidy Reinvestment and Empowerment Programme, SURE –P, scheme, it was meant to create opportunity for Nigerian graduates to be attached to reputable public/private firms /organizations to be trained and mentored for one year on a monthly Federal Government stipend of N18, 000.

With current employment rates in the range of 23% – 25%, the GIS was perfect to help reduce the growing statistics of jobless youths. Surprisingly, there has not been much praise for the scheme and its efforts, despite the clear progress the scheme has made in addressing the plague of unemployment bedeviling the country. Considering the Nigerian context, the FG needs to be applauded for its initative.

In Nigeria, it is commonplace for graduates to stay unemployed after an average of four years studying at a tertiary institution and embarking on the one-year mandatory National Youth Service Corps (NYSC) programme. You had to know someone to get something. The stress of finding a job is sometimes overwhelming and for foreigners who listen to others talk about their individual experiences, it leaves a sense of distaste and bile.

It is no surprise then that the beneficiaries of the scheme are grateful too. One of them is Elvis Mordi who described his hunting experience in the job market as a nightmare prior to his attachment under the SURE P programme. Even though he had the right qualifications to get his desired job, none of his applications was successful especially because he had no afterschool experience.

A lawyer by training, he is now a barrister of law at a Lagos-based law firm called Joe Ikeloa and Co, an opportunity made possible by his inclusion in GIS. He got valuable experience in the scheme while working under Omigie’s supervision.

At the start of his internship programme in the legal division of Web Data Technologies, he was paid a stipend of N25,000 monthly (additional N7,000 from the company) and made to give a monthly compulsory report of his progress to the scheme’s management.  Before the year ran out, he got a job offer from his present company.

For some like Tolu Ogunbiyi, it never rains but pours. While lazing about on a boring day at work, he applied for the programme through its job portal online.  And then the calls started rushing in – from yes, three different companies.

“Though it took a while before I got called, I did not get one, or two, but THREE calls at different intervals offering me jobs, one of which was UBA. I had to do tubu tubu merecine!” he stated.

Over 10,000 graduates like Elvis and Tolu are currently benefitting from the scheme. In time, it seems like the government’s target of 50,000 will be met and due praise should be given to the right quarters – this administration – for the unflinching resolve to make Nigerian lives better.

Are You All Monitoring This——-> Bill Sponsored By Fed. Govt. To Intercept Sms, Emails Passes Second Reading #Privacy