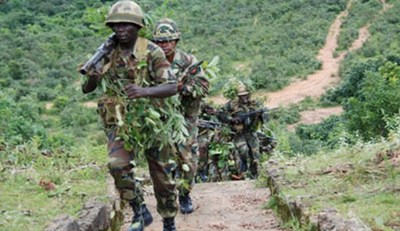 A civil society organisation, Citizens Advocacy for Social and Economic Rights, has applauded the recent gains recorded by the Nigerian Armed Forces against the Boko Haram.

This was contained in a statement by the Executive Director, CASER, Mr Frank Tietie, and made available to the News Agency of Nigeria in Abuja on Saturday.

The statement read, “The recent success of the Nigerian Armed Forces against the insurgents is highly commendable.

“Bravo to our forces. God bless the Nigerian Armed Forces.”

The organisation praised the country’s armed forces for being focused in the ongoing offensive against Boko Haram, despite the “overwhelming peculiarities of the insurgency war against Nigeria.”

It added, “Much of our country is relatively safe today against a well-orchestrated Boko Haram conflagration against Nigeria.

“Who else could be more noble than the men and women who had laid down their lives for the preservation of the peace and future of a prosperous Nigeria?

“CASER hereby calls on all citizens of Nigeria to show proper love and respect to the members of the Nigerian Armed Forces.

“CASER also calls on the Nigerian authorities to fully and immediately compensate the family members of fallen Nigerian forces.

“There should now be a better regime of conditions of service for Nigerian forces.”

It also called for better treatment of all ex-service men and women while they await their entitlements.