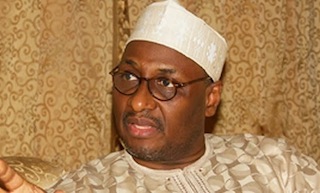 As the battle for Nigeria’s Presidency come February 14, 2015 gets nearer the various Political party’s especially the two main political groups are having a go at themselves with accusations of rigging.

This time, the National Chairman of the ruling Peoples Democratic Party, PDP is accusing the major Opposition, All Progressives Congress of hacking into the database of the Independent National Electoral Commission..

My attention has just been drawn to the fact that @APCNigeria is calling Nigerians with full details of their INEC data. This worry us. #AM

You will recall APC had been alleged of hacking into INEC data base & now Nigerians are complaining APC is calling them with their details.

How can a political party contesting an election be calling the electorate with their full details which only INEC should have?

How did APC have access to the full details of the electorate including their names, phone numbers & PU? Hacking story now confirmed.

NewsWireNGR had reported that the Department of State Security (DSS) did alleged the opposition party hacked into INEC’s database to ceate multiple cards ahead of the polls.

An allegation the PDP also in this statement maintains the opposition party is guilty of.