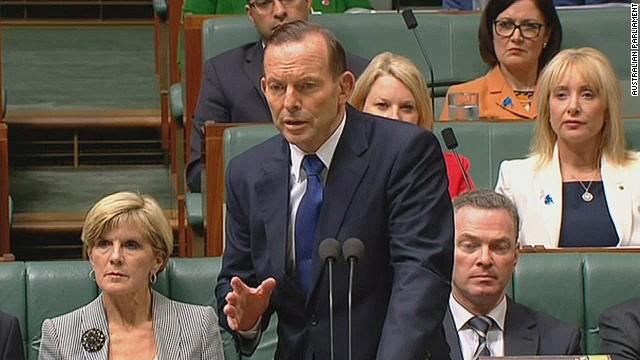 To stop the spread of Ebola Virus Disease, the Australian Government has ban flights from West Africa, CNN reports.

Immigration Minister Scott Morrison announced “strong controls” on arrivals from West African countries affected by cases of the deadly disease.
Telling Australia’s parliament during a question time session Monday that his ministry was currently “not processing any application from these (Ebola) affected countries,” he said that the government was also suspending its humanitarian program.

He added that holders of permanent Australian visas based in these countries would be subject to a mandatory, three-week quarantine process prior to their departure. Visitors approved to travel to Australia will also face further screening and followup checks upon arrival.

The announcement came as a “surprise,” the Australian Medical Association (AMA) president Brian Owler told CNN, who said that the chance of the disease entering the country through a migrant from the region was very low.
“It’s not necessarily a very well-focused decision. The bigger picture needs to be on our preparedness at home but more importantly our involvement in West Africa itself, putting doctors and nurses and other logistical elements in place and trying to combat the crisis there.”
He added that the government had sought the advice of “very few people,” and had excluded the AMA.

Australian Prime Minister Tony Abbott said: “I not always agree with the Australian Medical Association, but I take them seriously and I think that the AMA invariably has the national interest at heart.”

The announcement that no refugees will be accepted from West Africa must be overturned, the Australian Greens have said.
“While the government drags its feet in responding to the Ebola crisis, Scott Morrison has slammed the door on West African refugees,” the Greens’ immigration spokesperson, Senator Sarah Hanson-Young said.

“The immigration minister’s crusade against those in need has spread to West Africa and is simply unacceptable.

“This miserly, selfish and cruel announcement from the government is not a reflection of our nation’s character.”