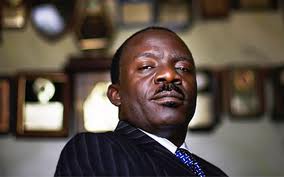 Human rights activist and lawyer, Mr. Femi Falana (SAN) has described President Goodluck Jonathan’s suspended visit to Chibok as an expression of his fear for the soldiers in Borno State.

Speaking with Nigeria’s PUNCH Newspaper in a telephone interview, Falana said the President put on hold his visit to Chibok not because he was afraid of Boko Haram but because he feared the likely action of the soldiers stationed there in view of the mutiny on Wednesday by the 7 Infantry Division of the Nigerian Army in Maiduguri.

“Why did President Goodluck Jonathan cancel his visit to Chibok? Is he afraid of Boko Haram? No. He is afraid of the soldiers, his army. The mutiny that occurred in Chibok was a reaction against the way the authority is treating the soldiers. They are not happy. Even Jonathan admitted to these soldiers being ill-equipped during his last media chat. What happened to the trillions of naira budgeted for the army in the last three years?” Falana asked.

He added that Nigerian soldiers fighting Boko Haram were demoralised and not motivated.

“These soldiers are not motivated. For instance, for every soldier killed in Iraq or Afghanistan, the US Secretary of State sends a handwritten and signed letter to each family of the killed soldiers. The American government pays all their entitlements within two, three weeks or one month. The Americans care for their soldiers. They give the dead soldiers a hero’s burial.

“Here, we don’t even get to know the names of the fallen soldiers. Their families are not usually cared for. One thousand soldiers died and we don’t know them; we don’t have their names. The press is just reporting about Boko Haram and the number of people killed. No one is talking about the soldiers, the number and names of those killed and their families”, the human rights lawyer observed.

He also alleged that the soldiers were thrown into battle terrains they were not familiar with.

According to him, Nigerian soldiers are intelligent and valiant considering their exploits in Sierra Leone and Liberia.

Speaking further, he said, “The military authority commanded these valiant soldiers to go to terrains they don’t understand. It’s too easy for them to be ambushed by the insurgents. These are fantastic men who had done well in peacekeeping missions in Sierra Leone and Liberia. The Amnesty International’s report is true. The security operatives were given advance information about Boko Haram; but they claimed they had too many pieces of information they were working with.”

Several soldiers were killed when troops of the 7 Infantry Division ran into an ambush of the insurgents at a Muleh, Jere Local Government Area of Borno State on Tuesday. Muleh is said to be located along the Maiduguri-Biu Road.

The soldiers became incensed when they sighted the bodies of their fallen colleagues and friends with several others injured in the attack. The angry soldiers went wild when the General Officer Commanding the division, Maj-Gen Abubakar Mohammed, attempted to address them.

The angry soldiers were said to have shot repeatedly into the air which made several of their calmer colleagues to run for cover. It was learnt that the enraged soldiers attempted to attack the official vehicle of the GOC who was quickly ferried out of the Maimalari Barracks headquarters of the division.

Mohammed, had since been removed with Brig.-Gen. M. Y Ibrahim appointed as his replacement.

My Visit To Chibok Will Not Bring Back Our Girls – Jonathan