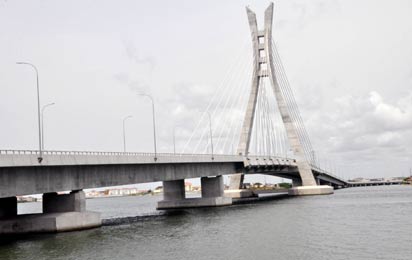 Lagos State Government has been criticized for allegedly disobeying last week’s Federal High Court order which sought that the collection of tolls at the Lekki-Ikoyi link bridge be stopped as it was considered illegal.

This criticism flew in yesterday from from a civil rights group, Legal Defence and Assistance Project, LEDAP through a statement by its National Chairman, Mr Chino Obiagwu . LEDAP wonders why toll fees are still being collected from motorists on the bridge despite the court order.

“The primary condition of constitutional democracy is that judgments and orders of court must be complied with by all persons concerned, including the government.  It is regrettable that the Lagos State Government, governed by the major national opposition party, will flagrantly disobey court order, and continue to collect toll on the Lekki-Ikoyi bridge. The conduct of the government in this regards smacks of impunity, and a complete disregard for the rule of law.

“We urge the plaintiff in the case to return to the court to commence contempt proceedings against the concerned officials, including the governor and the Attorney General of the state. We also call on motorists using the Lekki-Ikoyi link bridge to resist payment of toll on the bridge. The people must stand to resist abuse of power by public officials.”