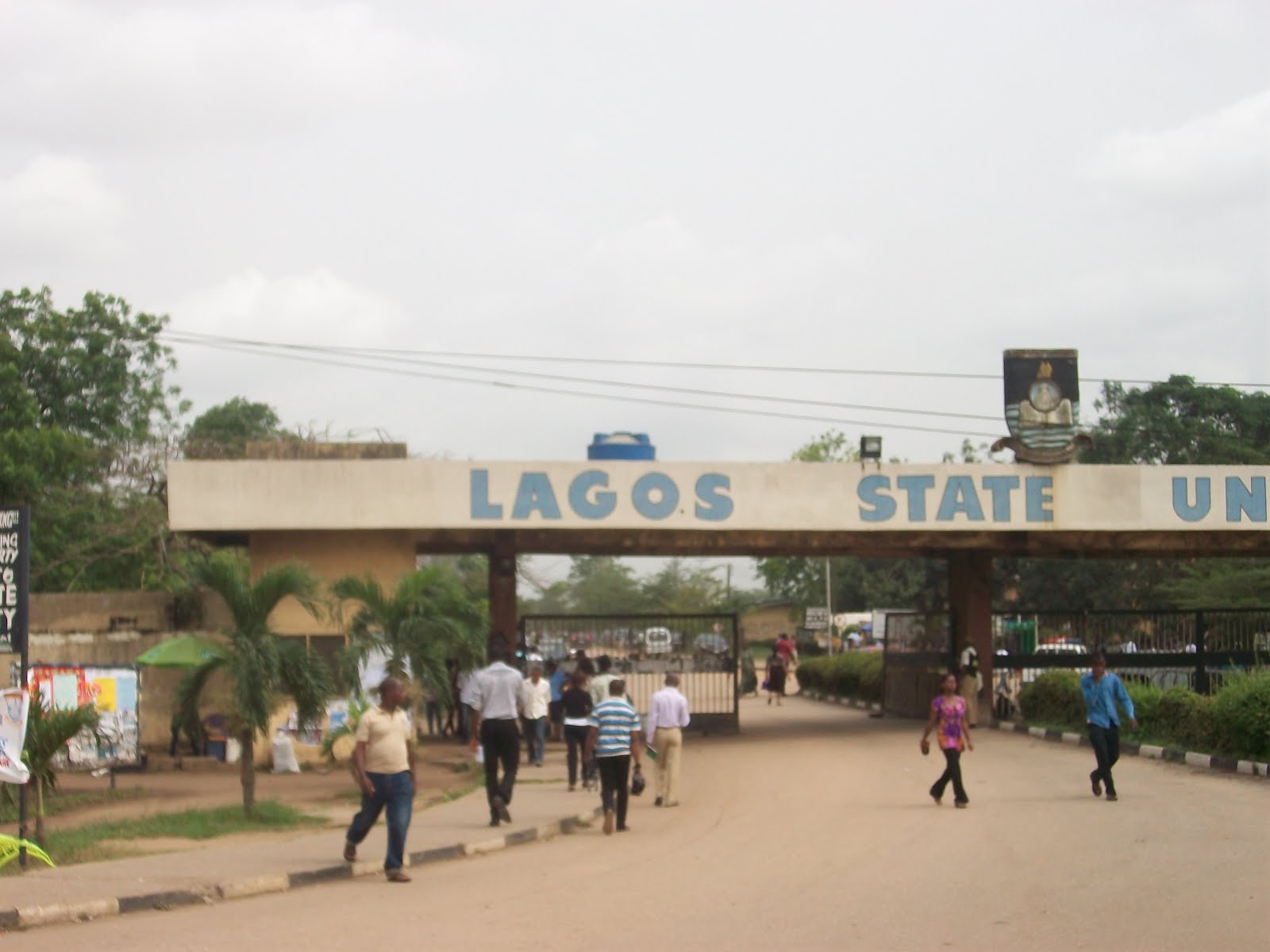 Activities at the Lagos House, Alausa, Office of the Lagos State Governor, Babatunde Raji Fashola were disrupted when angry students of Lagos State University, Ojo took their protest over increase in school fees to the entrance of the office which they eventually barricaded.

They stormed the office gate around 1pm led by Mr Sunday Ashefun. They called on the Governor to immediately reduce the increase in the school’s fees. The protesting students also called on the Federal Government to honour the 2010 agreement it entered with Colleges of Education Academic Staff Union, COASU and Academic Staff Union of Polytechnic and other staff unions.

By half past two, the placard-carrying students were allowed entrance into the premises.  Some of the other demands they also made are: reinstatement of all banned unions by the management, such as University of Lagos, UNILAG, College of Education, Ikere, Ekiti State among others and the implementation of 20 per cent budgetary allocation to education as recommended by United Nations Educational, Scientific and Cultural Organisation, UNESCO, conversion of Higher National Diploma, HND, to Bachelor of Technology, (B.Tech.) .

The protesters want the supervising minister for Ministry of Education, Nyesom Wike to removed with immediate effect before it gets too late. They also berated the victimization of student Union leaders in LASU.  They revealed that some students of LASU have had to withdraw as they could not afford the ‘arbitrary fees’

The leader of the protesting students, Ashefun spoke about the fees which he insisted must be reduced.

“The fees are not just affordable, some of our colleagues have opted out of LASU simply because they cannot pay the N250,000 to N350,000 school fees.
“ These prohibitively high fees are some of the highest paid by any university in the country.Children of the poor can no more attend LASU and this is sad,” he said.

While addressing the students, the Lagos state Governor, Babatunde Fashola praised them for comporting themselves well and also made it clear it was a joint decision to increase the institution’s school fees after several deliberations. He said the increase in fees is a plan towards saving the school from an eventual collapse as lecturers of the institution were leaving en masse in search of greener pastures.