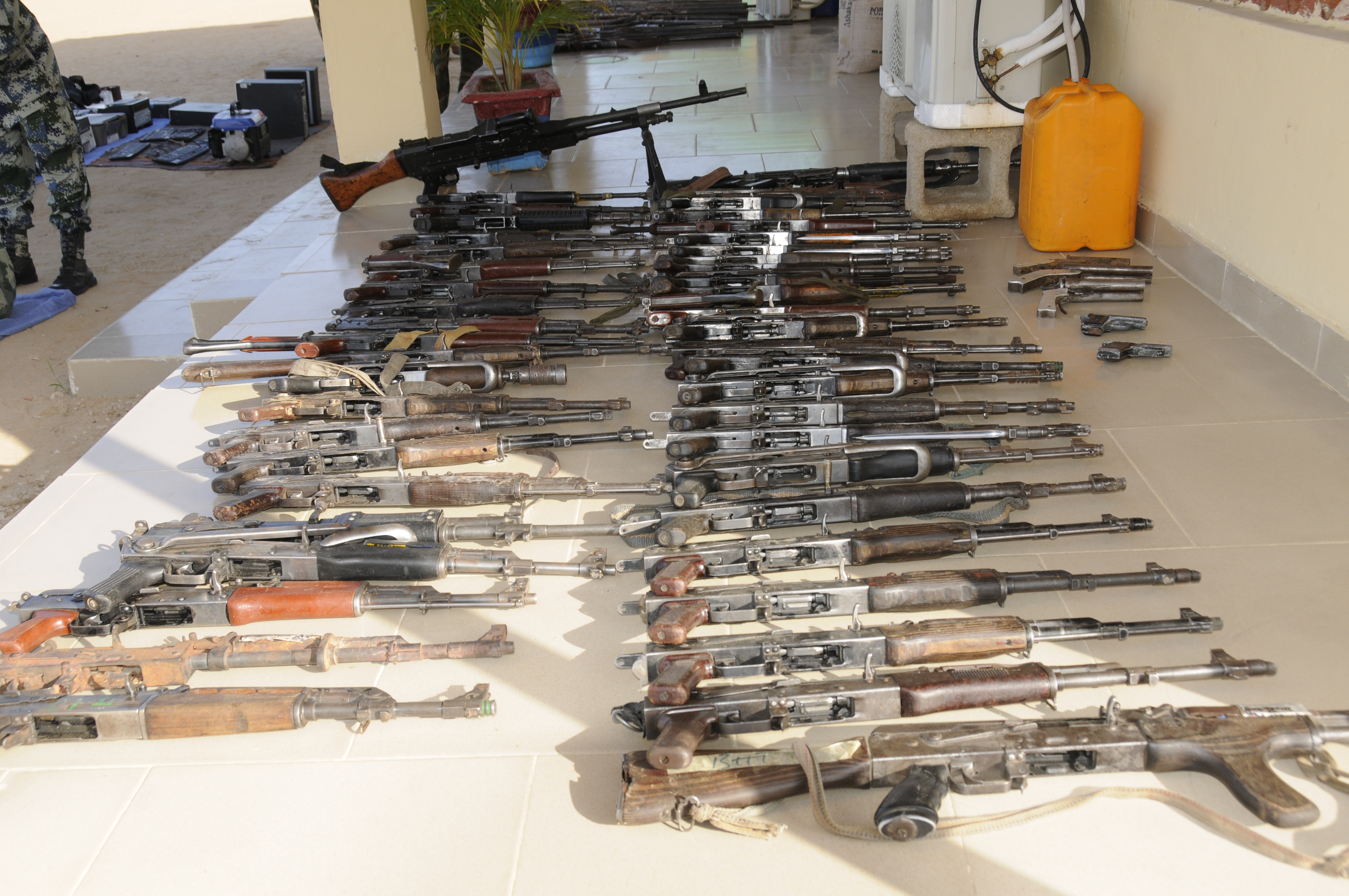 The resolve for collaborative efforts in fighting terrorism in the sub-region got a boost recently when the Cameroon security forces made a huge seizure of arms apparently meant for use by terrorists operating in Nigeria last weekend.

In a statement by Major General Chris Olukolade, Over 288 rifles and 35 Rocket Propelled Guns as well as 35 locally made IEDs were recovered after a fierce encounter at Abugasse, Cameroon, close to the Chadian border.

Olukolade, the Director Defence Information/Coordinator added that other weapons recovered included Pistols, Mortar Bombs, Sub-machine Guns and various calibres of ammunitions following the arrest of two suspects believed to be major arms suppliers to the terrorists in Nigeria.

“They were nabbed in Abugasse near the Chadian border with Cameroon. Also in their possession were over 50 Cameroonian Passports as well as a Toyota Jeep.”

It will be recalled that the Cameroonian authorities recently pledged to back Nigeria’s counter terrorism efforts. Also, the renewed offensive on terrorists by Nigerian troops have continued to record series of arrests of terrorists and recovery of arms especially close to the nation’s border with Cameroon.

Oluokolade further stated that apart from arms recovered following disclosure from captured terrorists lately, more arms have been captured in the ongoing offensive in different fronts.

“The arrest at a check point of a terrorist driving in a green Peugeot vehicle with registration Number Bauchi 264 AA heading to Maiduguri from Alagarno during the weekend, led to the recovery of 15 AK47 rifles and 12 magazines and various yet to be assembled rifles.”

Meanwhile, the offensive on terrorists in various fronts is continuing. The Alagarno area as well as various points of Sambisa forest and suburbs have been witnessing intense operations since Monday. Apart from several dead terrorists, 14 vehicles which were either being used for operation or hidden by the terrorists in various parts of the forests and theatres have been destroyed. Various calibres of weapons and ammunitions were also recovered in the course of fighting and subsequent cordon and search of the areas.

The Defence headquarters statement concluded that intensive air and ground surveillance are also ongoing in the general area.

Nigeria Is On The Rise, Don’t Talk It Down – Ngozi Okonjo-Iweala