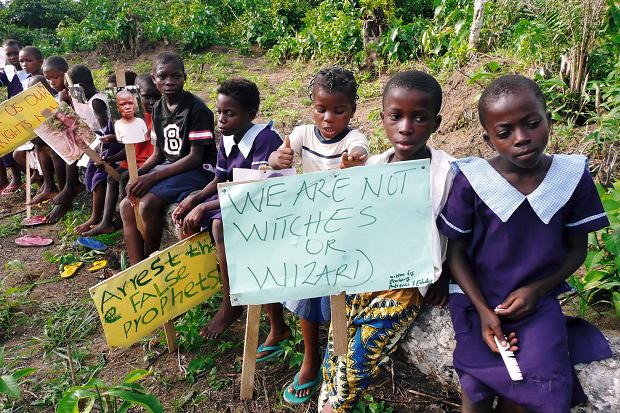 Under the 1990 Constitution of the Federal Republic of Nigeria, minors or underage persons are considered to be juveniles below the age of 18 years.

The special protection of underage persons stems mainly from what the law and the constitution termed as their vulnerability in the society largely dominated and moderated by adults.

However, the increasing cases of minors’ molestation nowadays have thrown up certain questions regarding the adequacy of the Nigerian legal system in safeguarding the rights of the minors.

Such concerns are reinforced by the apathy of most Nigerians toward the rising menace of sexual abuse of children.

Concerned citizens, however, note that sexual molestation or any other form of child abuse taint the lives of the hapless children, while creating loss of trust, feeling of guilt and self-abusive behaviours.

They stress that most children with visible signs of anti-social behaviour, depression, identity confusion, loss of self-esteem and other emotional problems are victims of child abuse or molestation.

Alarming as it may sound, the increasing cases of child abuse, especially sexual molestation, in the country nowadays have been a source of concern to well-meaning citizens.

For instance, in November last year, a 24-year-old man was arraigned before a Magistrates’ Court in Surulere, Lagos, for allegedly having unlawful carnal knowledge of an eight-year-old girl.

In the same month, a 56-year-old man was also charged with defiling two sisters, aged 11 and 13.

The two cases of assault are among the numerous sordid cases which have continued to irritate well-meaning Nigerians.

The irritation is even compounded by the fact most of the assault cases involving minors largely remain unresolved.

Some legal experts attribute the high incidence of unresolved cases of sexual molestation against minors and their technical elimination from judicial proceedings eventually to the lack of circumstantial evidence.

Apart from giving the minors some legal protection, the experts underscore the need to expose the children early enough to appropriate sexual behaviour and how to relate with adults.

They also stress the need for parents and guardians to be mindful of the kinds of institutions and people that their children and wards are entrusted with.

They emphasise the need to monitor the institutions and people managing the children’s homes, as part of efforts to curb the rising menace of minors’ molestation.

Prof. Lai Olurode, a professor of Sociology in the University of Lagos, stressed that that the family remained a dependent variable in efforts to tackle the incessant cases of minors’ molestation across the country.

Olurode said that his viewpoint was hinged on the age-long belief that the family provided the foundation for developmental socialisation and societal growth.

He said that that family bond, which was the fulcrum of communal African society, had gradually been replaced by the adopted nuclear lifestyle of people of Western nations.

Olurode said that the adoption of Western lifestyles and idealistic views that were alien to Africans was one of the reasons behind the high rate of divorce and exposure of minors to molestation.

“When such marriages break up, the children are left in the hands of house-helps, neighbours or even extended family members who easily take advantage of them.

“Such aberration takes a lot of time to find out because most times, the parents are too busy trying to make ends meet,” he added.

Apart from the near breakdown of communal African lifestyles, Olurode also identified the failure of security agencies to enforce the extant laws on child labour as another contributory factor to minors’ molestation.

He said that it was unacceptable for the governments of Nigeria and other African countries to use poverty as a cover-up for their lack of political will to stop child labour.

The professor called on parents to bring more life into the family system, whereby exchange of greetings between neighbours should go beyond just saying “hello’’ to the level of showing affection.

Olurode underscored the need to address the issue of minor molestation holistically.

“In approaching the now hydra-headed problem, government must study and understand our various cultures, while identifying what we did wrong and how to retrace our steps.

“Ideally, if there is an elder in the community, it is not possible for the younger ones or minors to go astray or be abused,’’ he said.

Besides, Olurode stressed the wisdom in advocating the extended family approach in efforts to bring up children so as to shore up their level of socialisation.

A psychologist, Prof. Toba Alegbeleye of the Obafemi Awolowo University (OAU), attributed the rampant cases of minors’ molestation in the country to some psychological deficiencies.

He blamed increasing rate of minors’ molestation on failed marriages and family institutions which allowed children of such unions to be kept in the hands of questionable characters.

He said that factors that aided minors’ molestation included increasing standard of living and the current downturn in the national economy.

Alegbeleye noted that the poor economic situation in the country had compelled parents to abandon their children in the need to eke a living, thereby exposing the children to potential abuses.

“Such cases crop up in families where the parents are not always around to take care of their children.

“It is only when the opportunity presents itself for the molester to carry out his evil act that he goes ahead to molest the minor; efforts should be made to forestall such opportunities,” Alegbeleye said.

From the legal perspective, Mr Spurgeon Ataene, a lawyer, said that the notion regarding the adequacy and inadequacy of the law to tackle child abuse in Nigeria was somewhat irrelevant.

He stressed that the whole scenario had to do with the failure of society to stand firm and ensure justice.

Ataene said that most parents and relatives of molested children had always taken the back seat in efforts to bring the culprits to book.

“When these people are arrested, some family members talk about settlement of the case.

“It is very disheartening because even before the case is heard in court, the victims’ family members have almost killed it because you will not find any witness to testify on the issue.

“Parents, the society, churches and mosques should inculcate discipline and morals in everyone so that people should desist from such despicable acts,” he said.

He stressed that the extant laws were punitive enough to deal with culprits, adding, however, that Nigerians, especially parents, were not allowing the laws to be applied to the fullest.

“The problem is not the law but the willingness of the people to come forward to report such cases.

“Due to the poverty level of some parents, they compromise by collecting money from the culprit and the matter ends there,” he said.

All in all, analysts express concern about the rising menace of minors’ molestation and its long-term effects on the future leaders of the nation.

Unlike other social problems, the general consensus of opinion is that minors’ molestation is tantamount to the complete mortgage of a country’s collective future.

The analysts underscore the need to initiate pragmatic measures to tackle the menace and protect the interests of the Nigerian youth.

They also call for the total enforcement of the laws aimed at protecting the interests of the youth and outlawing their abuse.

Related Topics:NigeriaFeaturedMolestation of minors
Up Next